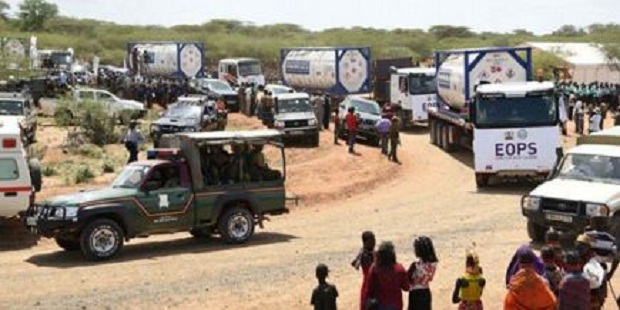 Kenya’s Bureau of Statistics says the country earned $14Million from 324,000Barrels of crude oil it exported from oilfields in Turkana County.

The government had devised an unusual production scheme, involving trucking of small volumes of crude from the oil fields in Turkana in the north of the country, to Mombasa, the southern coastal port town on the edge of the Indian Ocean.

The so-called Early Oil Pilot Scheme (EOPS) at Ngamia and Amosi fields was commissioned in June 2018. The scheme is operated as part of an agreement between the Kenyan Government and the E&P partners, including the operator Tullow Oil, TOTAL and Africa Oil Corp.

The Uhuru Kenyatta government said that the scheme was designed to comprehend the reservoirs’ flow assurance, prior to the commencement of full-blown commercial development

Kenya started exporting the commodity from Mombasa in August 2019, with the value of inaugural shipment of 200,000 barrels, bought by ChemChina UK Ltd, for an estimated $12Million.

The scheme “continued to register improved production with daily transportation, increasing from 600barrels of oil per day (BOPD) to 2,000BOPD  in the review period”, the Kenyan Bureau of Statistics said in the report: Kenyan Economic Survey 2020 released Tuesday April 28, 2020.

But in January 2020, which is outside the scope of the report, Tullow Oil reported it had suspended the transport of crude oil from Turkana to Mombasa due to incessant rains that caused severe damage to roads. While the scheme lasted, the London listed company used over 100 tankers to move 2,000 barrels per day over 1,000 kilometres.

The decision to call the trucks off the road meant that the government was unlikely to meet its shipment target of 500,000 barrels of oil.

Kenya had projected crude oil export target for this year at 500,000 barrels before the partial lockdowns related to COVID-19 pandemic were enforced.

In March 2019, President Kenyatta signed into Law the Petroleum Act of 2019, which allocates 75% of state-designated oil profits to the central government, 20% to oil-producing counties and five percent to local communities.