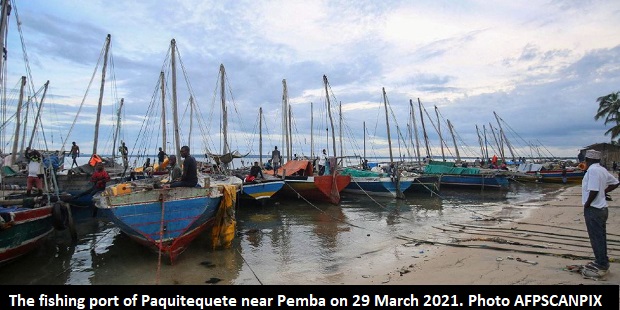 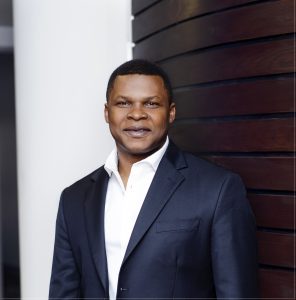 “You may kill me with your hatefulness, but still, like air, I’ll rise”. Maya Angelou was so right. These profound words do ring true today when we look at the recent coward attacks by terrorists against defenseless Mozambicans. There’s so much at stake in Mozambique, where the separatist militia known as Haul Sunnah Wa-Jamo (ASWJ) has stepped up its campaign to seize territory in Cabo Delgado, the country’s northernmost province.

On March 24, 2021, more than 100 ASWJ fighters attacked Palma, a town in Cabo Delgado, from three sides. Mozambique’s Defense and Security Forces, known locally as SDS, moved in quickly and mounted a counter-attack the next day, but they were not able to regain control immediately.

They also did not arrive in time to prevent Palma’s residents from violence and death. As of the time of this writing, the number of exact casualties is still unknown, but credible sources have reported that there are dead bodies on the streets of the town — and that some of the corpses have been beheaded.

Mozambique’s government has strong incentives to push back against ASWJ, which has been staging deadly attacks in Cabo Delgado since 2017.

From a diplomatic and political standpoint, it is keen to preserve the territorial integrity of the country and quash the threat to the central government’s authority. (This is a sensitive issue, since many residents of Cabo Delgado feel marginalized and ignored by the government, even if they don’t view ASWJ as a viable alternative.)

From a geopolitical standpoint, it is intent on prevailing against a group that is serving as the local arm of the Islamic State, also known as Daesh. It’s not interested in letting the country become a haven for terrorism. And yes, this is terrorism – not fighting, not unrest, but terror. Sometimes we in the energy industry have to call it for what it is, no matter how careful we may want to be.

Mozambican leaders understand very well that launching a counterinsurgency push in Cabo Delgado against these extremists will not just defeat the tiny and desperate bands of armed terrorist. Instead, if experience in the rest of the world is any guide, it could transform these zeros into heroes.  It will embolden them and strengthen their resolve. And it will enable them to excel in their favorite role, that of persecuted martyr. We must win them over with carrots and sticks and transform communities. Pretty smart thinking. They want to do this right and they want results and still keep the country together. We should support them.

From an economic standpoint, it is determined to eliminate obstacles to the development of the huge natural gas fields that lie off the coast of Cabo Delgado. These gas reserves have already attracted more than $50Billion worth of investment commitments from consortia led by major international oil companies (IOCs) such as France’s TOTAL, Italy’s ENI, and U.S.-based ExxonMobil. TOTAL and its partners have already devoted a great deal of time, effort, and money to the establishment of an onshore base and liquefied natural gas (LNG) plant on the Afungi Peninsula.

This complex, which is just a few kilometers away from Palma, will support upstream development work at the offshore block known as Area 1. It isn’t yet complete, though. If it can’t be finished, TOTAL will have a hard time proceeding with its $20Billion Mozambique LNG project — and ENI and ExxonMobil will have a hard time following suit with their own South Coral LNG and Rovuma LNG projects. This is a real threat, given that TOTAL had to suspend work and evacuate workers from the construction site in January, following a series of attacks near Palma in December. Indeed, it’s worth noting that the attack on Palma occurred shortly after reports emerged that TOTAL was preparing to bring workers back before the end of March.

The conflict in Cabo Delgado is wrecking people’s lives on a vast scale. More than 700,000 people have already fled their homes in northern Mozambique, and the count is still rising. UNHCR, the United Nations’ refugee agency, says the number could top 1 Million by the middle of the year if the international community does not take steps to end the conflict.

Thanks to the support and encouragement from President Filipe Nyusi, his government and the governor of Cabo Delgado. I went to Cabo Delgado. The President and Mozambican officials ensured my delegation had complete and unfettered access to the region. Even during the attacks, I still had a team in Cabo Delgado. I’ve seen this suffering firsthand. I paid a visit to a refugee camp in the region. I talked to people who have been hurt, who have seen their family members slaughtered by ASWJ fighters. I met children, some of them as young as 8 or 9 years old, who have been assaulted by terrorists.

And these traumatized souls are living in makeshift, flimsy facilities that are basically made of leaves!

I’m heartbroken and outraged. I’d like to say I’m hopeful that things will change soon, but the UNHCR’s forecast of an increase in the number of refugees over the next few months gives me pause. (It’s also sobering to hear that the UNHCR has only been able to raise 5% of the $254Million in funding that it sought for its work in Mozambique last November.)

I’m not trying to give the impression that nothing is being done for Cabo Delgado and its people. That would not be fair or accurate.

With respect to security, Maputo has pledged to work with TOTAL to establish a safe zone around the gas complex on the Afungi Peninsula. It will have to step up its efforts on this front, given that the attack on Palma occurred inside the perimeter of the designated zone, but it is seeking help. Also, earlier this month, Mozambique’s government invited U.S. military advisors and special forces into the country to deliver counter-terrorism training. It has also accepted an offer from Portugal, its former colonial ruler, to provide additional training for the Mozambican armed forces.

But this isn’t going to be enough.

Even though Mozambique’s government is committed to doing everything it can to bring real peace and stability to Cabo Delgado, it needs more support than it is currently getting. It will need ongoing support from the international community — not just in response to the most recent attacks, but for the long haul.

If it doesn’t get that, ASWJ will continue to wreak havoc and force people out of their homes, making terrorism the biggest cause of poverty in Mozambique. If there isn’t enough help — and if large-scale projects like Mozambique LNG no longer are an option to create jobs and grow the economy — the country will sink further into despair. Cabo Delgado’s people will feel even more marginalized. The country’s natural environment will continue to suffer damage, and there will be no one available to help.

So now more than ever, we have to find ways to combat terror in Cabo Delgado.

There has been talk about negotiations and giving amnesty to ASWJ members who give up the fight. And as I’ve already mentioned, there are plans to provide training and advisory services to Mozambique’s armed forces.

But we have to do more, and we have to do better — not just the international community, but all of us, as individuals and business leaders.

We can start by denouncing the evil that we’re seeing in Mozambique. We must condemn the assaults and the crimes that are being committed by the terrorists who seek to gain control of Cabo Delgado. We can’t just remain quiet, as if nothing consequential is happening there. We must give President Nyusi the necessary support and backing to fix this.

Right now, more than ever, the country needs our support and our voices, and our involvement. “Leaving behind nights of terror and fear, I rise. Into a daybreak that’s wondrously clear, I rise”. Concluded Maya Angelou. Energy workers, Palma, Cabo Delgado and Mozambique will rise out of this like the African sun rises every day.

NJ Ayuk is chairman of the African Energy Chamber.