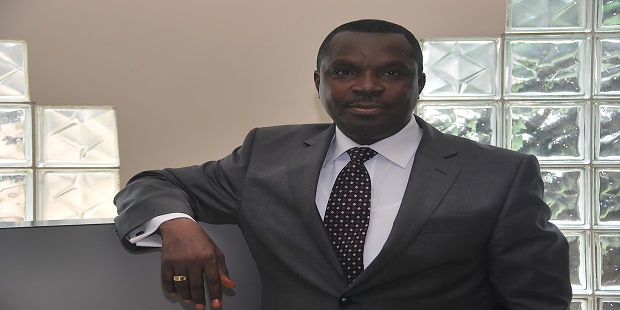 A few days to the deadline for submission of bids for the Nigerian marginal field bid round, Austin Avuru is going through documents on a desk near a window with almost the same view as the one from his office in his last job.

He is operating from a “family office”, located a whistling distance from the Lagos headquarters of Seplat Petroleum, the London listed company he co-founded and ran for 11 years.

I ask him how deeply involved he is in the marginal field bid round: how many fields he is bidding for.

“You know they say you can bid for a number of fields, but experience will show that you can only win one if you’re lucky”, he responds with the usual candour.  “We applied for three fields with the hope that we can win one and that will be a good start for us. And if we do win, we’ll set up a team which is the operating company for that field. AA HOLDINGS will set it up properly, fund it, supervise the development of that field and then it runs on its own as a company”.

AA HOLDINGS is the vehicle Avuru created for his business life after Seplat, he explains, “a modest investment company run out of our own personal capital, and we’ll concentrate on four areas. The oil and gas upstream which is where I’ve always been, some real estate, some agriculture. The case of agriculture will be greenhouse farming. The farming with greenhouse is let’s see how we can apply some technology to farming and see what the yields will be like and then we will be active in the Nigerian Stock Exchange. In Equity investments. Those are the four areas”.

He has had some time to think it through.

“I had four years to plan for my retirement”, he says. “I gave notice of retirement from Seplat, to the board in July 2016 and named the date of August 1 2020, which was going to be our tenth anniversary as a company. I had a lot of time to prepare, mentally in particular. During this period, I was doing my little calculations; if I put everything all my emoluments and perks all together, what does it amount to? And when I retire, what is the minimum income I would need to have to be able to continue with the modest lifestyle and not necessarily stepping down drastically?. Experience has now shown me that when you’ve had enough time to think through all this, retirement doesn’t come as a shock. As you can see, it’s exactly thirty days after I retired I sat on this desk and started working.

I steer the discussion back to the Marginal field bid round, asking him, if he would run a marginal field operating company, if AAH HOLDINGS wins an oil field

“No! We’ll hire a full team from MD down to run the place”.

‘So’, I ask, ‘if you’re looking at three fields, it means you’re paying all the way down to the last bit, which means you’re investing roughly about $450,000’.

I am interested in what Seplat Petroleum will become in Avuru’s life going forward. In corporate Nigeria, co-founders of companies frequently end up becoming Chairmen of the boards.

I am a little surprised by his answer.

“ No! You don’t even have the privilege of eyeing it in the case of Seplat. Dr. A.B.C Orjiakor is the first and only Non-Executive Director to be Chairman. After him, the Chairman of Seplat will be an independent Non-Executive Director. This is how to explain it. I’m still on the board of Seplat, not because I’m ex-CEO, but because Platform group of investors that I represent in Seplat, still have an equity interest of more than 7.5%. If our equity interest drops below 7.5%, we won’t have a seat on the board. That is the shareholders’ interest that I represent. Dr. A.B.C Orjiakor represents the Shebah shareholder interests. So those who are shareholder interest representatives are called non-executive directors. The Executive Directors are members of the management team. The Independents -and there are six of them on the board -are the ones who have no shares in the company at all or they have very few, not enough to think that they have substantial interests, so they essentially represent the minority shareholders and the regulators. They’re the eyes and the ears of the regulators and the minority shareholders. It will be one of those independent directors that will be Chairman after Dr ABC Orjiakor has done being Chairman. I do not even have the chance to be Chairman of Seplat because I’m not an Independent director. That’s part of our governance structure in the sense of it”.

Now it gets interesting.

‘This is what you wrote for yourselves or this is part of what the London Stock Exchange demanded?’, I ask.

“That’s what the London Stock Exchange views as best practice. For an independent director to be Chairman. And for having a Chairman for more than nine years, a number of boundaries here and there and we intend to stay with those. The regulators and the small-sized shareholders would normally be nervous if a major shareholder is also the chairman. So everybody will be much more comfortable if an independent is Chairman and let the major shareholders have their seats on the board to protect their interests. That’s the best practice’.