AP Desperate For Funding, Keeps Talking With The Chinese 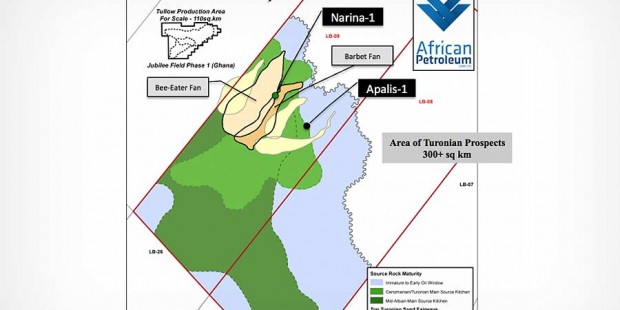 African Petroleum Corporation, the Australia listed operator, is close to securing much needed financing
partnership in working up its frontier acreages in West Africa. The Memorandum of Understanding (MoU)
which it signed with PetroChina, a subsidiary of the China National Petroleum Corporation, gives the latter
until August 31, 2012 to agree an investment in up to 20% of Block LB-09 in Liberia and up to 20% in one or more
exploration blocks in The Gambia, Ivory Coast, Liberia, Senegal and Sierra Leone.
The value of the deal has not been agreed and the deal is subject to government, regulatory and other approvals, African Petroleum noted in a widely circulated release. END_OF_DOCUMENT_TOKEN_TO_BE_REPLACED