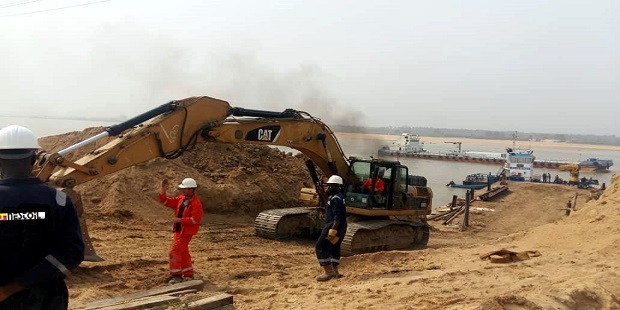 (OML) 42 and NPDC/Shoreline’s OML 30, in Nigeria’s Delta State, have caused disruption in crude oil output on the assets, ensuring drastic drop by over 50% in each of the OMLs.

They were protesting unpaid salaries and emoluments.

In November 2020, the NPDC/Neconde Joint Venture averaged around 18,000BOPD, a drop of more than half of the JV’s optimal output of 38-42,000BOPD. The same month, the NPDC/Shoreline Joint Venture plunged in output from around 50,000BOPD, to 18,000BOPD, according to field data available to Africa Oil+Gas Report.

OML 30 recorded no production between November 8 and 15, 2020, as a result of the protest, according to the report.

In OML 42, output stoppage occurred from November 22 to 28, record shows.

Reports say that the protesters on OML 42 numbering over 200, escalated things to above-surface level on Tuesday December 8, converging at the main gate of Neconde Energy Limited, located at the Berger

Yard, Warri, in Delta State in the mid-west of the country, vowing not to leave the premises until they were paid. They accused Nestoil and Neconde oil firms of owing them salary arrears and emoluments spanning between 2007 and 2020.

The protesters asserted that “communities, contractors and community staff have been working for Naconde and NNPC, yet they have decided to ignore us”.

Some of the protesters displayed placards with inscriptions such as “We want our total payment today”; “Nestoil pay all our money, stop being wicked to us”; “Stop intimidating us with your security agencies,” among others.