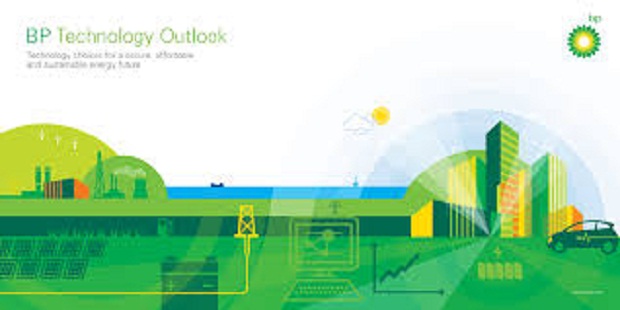 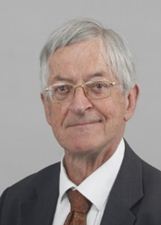 BP’s 2020  Energy Outlook is timely both for its insightful energy scenarios and as a tool for scrutinizing the company’s journey towards a greener future.

It outlines three energy scenarios in which all record a  decreased use of fossil fuels:

In terms of CO2 reduction the Net Zero scenario is the obvious safe choice(see below) if “Well Below 20C is to be reached by 2050.

In all three energy scenarios natural gas is a constant bridging fuel. Even under the Net Zero Scenario  the growth of natural gas to

A key point of BP’s data analysis is that non-fossil and natural gas are the winners in India and other Asian countries, while use of coal and crude oil decreases(see above).

Average annual investments in wind and solar(based on 2018 figures) vary between $300Billion (BAU) to more than $1.1Trillion(Net Zero).

The Greening of BP

In the following 5 year period BP paints a glowing portrait of how it will reach the promised green land,for its shareholders:

According to BP, its $25Billion divestment will provide the basis for up-scaling its low-carbon business. A pipeline of 25  oil and gas projects, and and additional 18 projects  in the pipeline are also key factors.

This year BP already wrote off $16.8Billion and in the 2nd Quarter halved its dividend. The Corona-19 crisis and the energy stalemate are  key factors for these impairments.

What if the crisis endures an additional year? Can BP’s ‘Wall of Cash’ withstand that?

An additional write-off in 2021 and a further continued reduction of the golden dividend is not unthinkable.

Then there is the paradigm of an oil company becoming an energy company. The oil company strategy: high risk = high returns is being replaced by high risk= low/no returns.

Energy companies by contrast– Vattenfall, RWE, Engie, Orsted– all are low risk:  low or no dividends for 2019. Yet their stock prices are steady and positive. Their green strategy has been delivered, in place  and accepted by the investor community.

It should not be surprising that the investor community is wondering how a transformed BP can become an energy company promising to deliver results that other energy companies can only dream about: an    EBIDA per share of between 7%- 9% per year through to 2025 and from  2025 onwards when  low carbon projects start to kick in growth of between 12%- 14%.

Then there is  the slight inconvenience of TOTAL’s  announcement: taking on board the IEA’s (International Energy Agency)  Sustainable Development Scenario(SDS) for medium/long term.  Meaning “well below 20C.” This requires a further explanation.

In July of this year TOTAL announced that it was declaring two of its oil sands projects(Canada) stranded assets even though they were classified as ‘proven reserves’.

BP has announced it wants to reduce its oil production by 2030 by 40%.  Which BP  assets will become stranded  assets?

What will happen to BP’s 20% share in Russia’s Rosneft which comprises three oil and gas joint ventures? Maintaining a presence in Russia could be very strategic, given the country’s oil and gas assets and the fact that a green strategy is still waiting to be discovered.

What about BP’s assets in Africa where the company has a considerable footprint. Some examples:

In Algeria BP has helped to deliver two major gas developments at Salah Gas and In Amenas, both of which are joint ventures with Sonatrach and Equinor.

BP currently produces, with its partners, close to 60% of Egypt’s gas production through the joint ventures the Pharaonic Petroleum Company (PhPC) and Petrobel (IEOC JV) in the East Nile Delta as well as through BP’s operated West Nile Delta fields.

In Angola BP is the operator of blocks 18 and 31 and have non-operated interest in blocks 15, 17, 20 as well as the Angola LNG plant in Soyo.

In Mauritania and Senegal,  BP and its partners are developing  the  Greater Tortue Ahmeyim  gas field with a 30-year production potential.  The field has an estimated 15Trillion cubic feet of gas and is forecast to be a significant source of domestic energy and revenue.

Many of these projects are natural gas related and could provide the bridging fuel needed for the energy transition.

How does this compare to its green competition:

Possibly more joint-actions can be anticipated. Why? Economies of scaling up quickly in a growing offshore wind market. Moreover, the majors have always shared costs to reduce risks in developing oil and gas assets, a tradition sure to be followed in the offshore wind sector.

Perhaps also anticipate that both BP and Equinor spin off their wind assets as a separate company.

BP’s Net Zero Scenario of reducing fossil fuels to 20% of today’s share of primary energy by 2050 is an indication how quickly this energy transition can occur. The urgency of the task ahead is virtually a guarantee that this BP scenario will happen sooner rather than later. Do not be surprised that 2030 could become the new date to become 20C neutral.