Despite the Climate, Nigerian Oil Industry Delivered on a Few Things in 2020 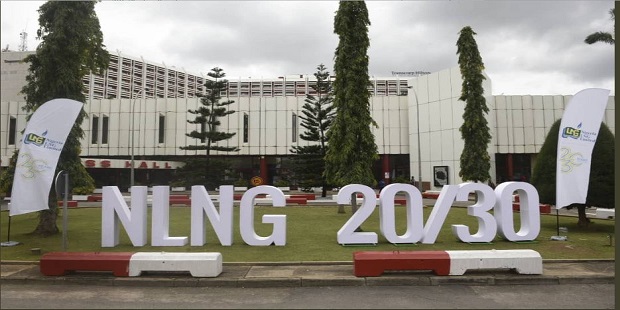 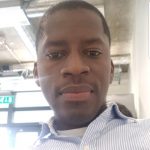 The petroleum industry is in a bust cycle at the moment. The valley, this time, is deeper than any low the industry has been for decades.

But in the face of the hydrocarbon demand destruction brought on by the pandemic and the ensuing deferments of project FIDs, massive scale back of operations, and significant cash losses, the Nigerian Oil Industry delivered on some key issues.

NLNG Awarded EPC for Her Train 7

Nigeria Liquefied Natural Gas (NLNG) Ltd, in May 2020, in the thick of a global lockdown,  awarded the Engineering, Procurement and Construction EPC contract for its Train 7 project to three companies. Saipem, Chiyoda, and Daewoo.

Africa’s biggest LNG producer expects over $12Billion to be invested in the project with anticipated 12,000 jobs during the peak of construction.

The Train 7 when completed will see Nigeria’s LNG output increase from the current 22Million Metric Tons Per Annum (MMTPA) to 30MMTPA, a whopping 35% increase. The project also set ambitious local content targets (total in-country engineering hours set at 55%, while the procurement for execution of the project is also pegged at 55%) which will spur economic activity as well as enhancing technical capacity of indigenous companies and people.

Waltersmith Petroma Commissions a 5,000Barrels of Oi Per Day Refinery

Waltersmith Petroman, a Nigerian independent, on November 24, 2020, commissioned her 5000 barrel per day refinery, the first phase in a planned 50,000BPD refinery project. The ground-breaking of the second phase (a 25,000BPD Condensate Refinery Project) was also carried out on the same day.

The first phase is expected to bring 271Million litres of refined petroleum products (Heavy Fuel Oil, Dual Purpose Kerosene, and Automotive Gas Oil) to the national and regional market. The delivery of the project is sure a step in the right direction, as it will help bridge some demand gap, conserve scarce foreign exchange deployed in importation of refined products, and provide jobs for the teeming youth population.

The Return of the Petroleum Industry Bill

The Petroleum Industry Bill is back on the floor of the National Assembly, Nigeria’s bicameral house of legislature.

It was forwarded to the Assembly by President Muhammadu Buhari, in September 2020, for consideration and passage. The Bill has had a long life of going to the Assembly and ending up not becoming law. The first time it was introduced at the National Assembly was in 2008. It has returned, in several variations, thrice after that.

The purpose, however, is the same: to reform the country’s hydrocarbon industry. The bill seeks to provide a legal, governance, regulatory and fiscal framework for the Nigerian Petroleum Industry and Development of Host Communities.

The Senate, the Upper Chambers of the House, introduced the Bill for First Reading, at its plenary session of Wednesday, 30 September 2020.

The National Assembly leadership, which includes The Senate [resident Ahmed Lawan and the Speaker of the House of Representatives Femi Gbajabiamila, has repeated assurances that the Bill will become law this time. The PIB proposes reforms which many industry stakeholders believe will bring clarity to the fiscal regime and spur investment. Amongst many other items, the bill seeks to spinoff stake in the State hydrocarbon company NNPC to a commercially driven and profit focused enterprise to be called NNPC Limited; to be incorporated within 6 months of the passage of the bill. In addition, the new bill also provide for two regulators – one for “Upstream operations and the other for Midstream and Downstream”. These entities will succeed Department of Petroleum Resources – DPR, the current industry regulator. Furthermore, the new bill makes provision for “Host Community Trust Fund” which is set out to develop key infrastructural and human capital development in areas of operations. Although the passage of the bill has been postponed to mid 2021, there is a sense that the jinx about the PIB will be broken with this administration and this edition of the Bill will actually become an act of parliament.

Department of Petroleum Resources (DPR), Nigeria industry regulator called for a bid round for a total of 57 fields in land, swamp, and shallow offshore terrains in the outgoing year 2020. This round came to many observers as a surprise given the peculiarity of the time (low oil price regime as caused by the twin knock of a pandemic and Russia – Saudi’s crave for market dominance) the bid was announced. Nigeria’s last licencing round took place in 2007. The first and last Marginal Field bid round was conducted in 2003.

The data room and other processes were done virtually given the reality of the pandemic. The completion of this bid campaign should help increase Nigeria’s oil production, create jobs and put money into government coffer in earned signature bonus, taxes and royalties.

This piece is contributed by Adeniyi Adeoloye, a Petroleum Geoscientist who lives and works in Dublin, Ireland. He holds a Master of Science Degree in Petroleum Geoscience from the University College, Dublin Belfield, Ireland. He is passionate about the transformation of the study of geosciences and market intelligence in the Africa Oil and Gas landscape. He will contribute from time to time to Africa Oil+Gas Report.


NNPC Poaches an EITI Insider to Manage its EITI Compliance 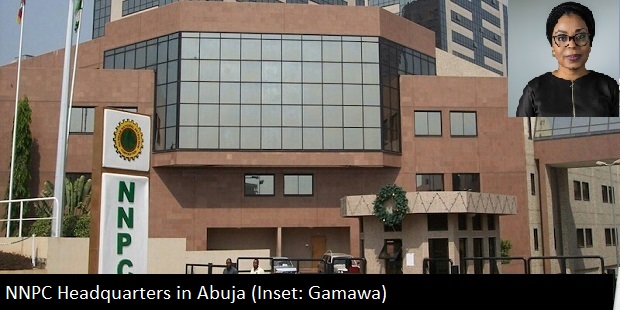 Nigeria National Petroleum Corporation NNPC has poached a manager from inside the EITI to run its EITI Implementation Programme.
EITI is Extractive Industries Transparency Initiative, an international organization that advocates for  global standard for the good governance of oil, gas and mineral resources.

Murjanatu Ibrahim Gamawa is   the EITI Country Manager in charge of coordinating implementation of EITI standards across Anglophone Africa. She also reviews and analyses EITI Reports, Annual Progress Reports, work plans, Terms of Reference and other country documents, and participates in the International Secretariat’s work on assessment of progress with meeting the EITI’s validation requirements.

Gamawa will help the state hydrocarbon company to drive speedy attainment of the EITI requirements across its operations. The NNPC says that her appointment, which will take effect from January 2021, is a practical step towards entrenching the culture of transparency in the Corporation.

Gamawa’s previous experience includes working for Nigeria EITI as a petroleum analyst and subsequently as the oil and gas team leader. Gamawa holds a B.Sc. in Geology from the University of Maiduguri, Nigeria, an M.Sc. in Petroleum Geoscience from the Imperial College London and an MBA in Energy Management with distinction from the University of Aberdeen, Scotland. Her professional interests are related to natural resource management and public financial management. 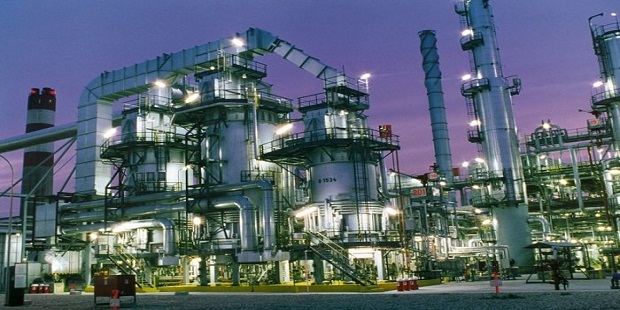 By Ahmed Gafar Alade, in Lagos

Nigerian National Petroleum Corporation (NNPC), the Nigerian state hydrocarbon company, has publicly opened bids for the Engineering, Procurement, and Construction phase of the rehabilitation of the Port Harcourt Refining Company

The event, which held virtually, had in attendance external observers such as the Bureau of Public Procurement (BPP), Nigeria Extractive Industries Transparency Initiative (NEITI) and the Civil Liberties Organizations, according to a press release by Kennie Obateru, the Group General Manager, Group Public Affairs Division, “This signals the imminent take off of the second phase of the rehabilitation of the Port Harcourt Refinery whose first phase was completed earlier in the year”, the statement says.

The bids were submitted electronically and, the NNPC says, they would be viewed virtually.  They were submitted through the NipeX portal for the pre-qualification for technical evaluation. The NNPC statement contains assurances that “the process provides a level playing field for all bidders”.

In the press release, Mele Kyari, Group Managing Director of NNPC, restated the Corporation’s oft repeated statement that it was committed to revamping the four Refineries including the Warri Refinery and the Kaduna Refineries.

The NNPC has announced revamps of its refineries, all of them with total input capacity of 445,000BOPD, several times in the last 20 years. It is now self-evident that there haven’t been any revamp in those years.

Last July, Kyari said that the failure to fix the refineries over these years was a strategy problem, as they never knew what they wanted to do with it. He said that the corporation didn’t get the right advisory services and the right strategy to go through with it. 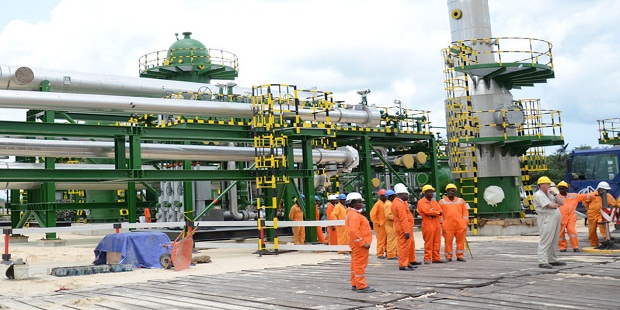 On bid are 5,120 kilometres of pipelines, traversing the entire country, with two coastal depots in Lagos, in the west and Calabar in the east.

The pipelines have been subjected to many cycles of vandalism for scores of years, and the depots have suffered from poor maintenance. There are 17 other depots around the country, all of them linked to the pipeline network, but they are not up for bid.

The losses from vandalized pipelines and rusted depots have manifested as a “fuel tanker crisis” in the country, as fuel laden tankers, playing the role of virtual pipelines, clog the highways and render the routes to the Lagos port difficult to access.  As the losses have been charged to the National Treasury, the state hydrocarbon firm has frequently faced strident criticism for not privatizing these facilities. NNPC has, however, always resisted any sale of its equity in any asset, let alone go the full hug of privatization.

The final partners of the bid opening will be selected by the end of the first quarter of 2021, Kyari explained. 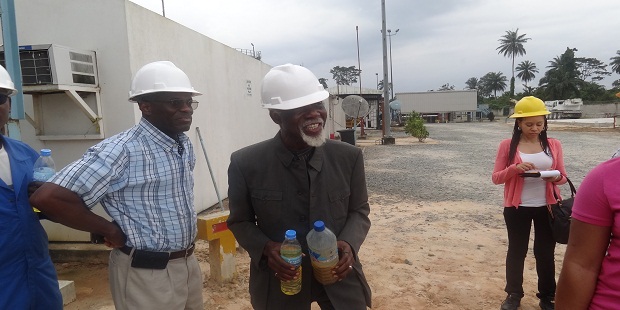 Credible companies are those who are either

A bona fide end user who owns a refinery and/or retail outlet. Possession of refinery that can process Nigerian crude oil grades.

The duration of the Term Contract shall be for period of One year (12 calendar months).

The prospective bidder(s) must:

Fuller details are in the link 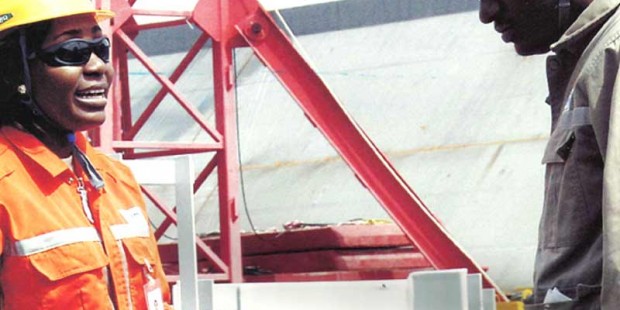 The Nigerian Supreme Court ruling on Famfa Petroleum’s stake in the Oil Mining Lease (OML 127) simply affirms the pronouncement of the lower courts with which industry watchers are familiar, if not in respect of the implications for the parties and the country but in terms of defining the “winner” and the “loser”.

With the judgement, Famfa’s  entitlement to lift 150,000BOPD, or 60% of the 250,000BOPD production from Agbami is now a done deal.  This is huge. To put it in context, the volume  is around 6% of Nigeria’s 2.5MMBOPD, and clearly a higher volume than (the French Major) TOTAL’s entire equity production in shallow water Nigeria. Yet TOTAL operates four Nigerian offshore acreages and is the fourth largest producer of Nigerian crude. END_OF_DOCUMENT_TOKEN_TO_BE_REPLACED