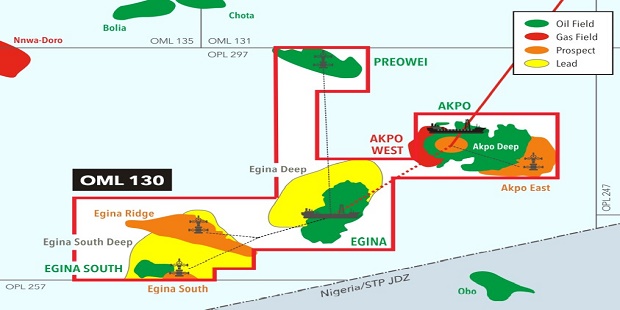 The Nigeria’s oil and gas industry is witnessing some kind of disquiet stemming from procurement process in the award of contract for the provision of drillship for TOTAL E&P OML 130 Drilling Campaign TENDER NO DW00001997. Mr Christopher Palmer, the Chief Executive Officer of Palmeron Nigeria, petitioned the Group Chief Executive Officer of the NNPC Limited, Mr Mele Kyari, alleging some irregularities and abuse of process in the tender.

He also accused NAPIMS, under the management of Mr Bala Wunti, of forcing TOTALEnergies to cancel the bid he ‘won’ in order to award the contract to the Tirex consortium through an illegal process. Then, following the award of the contract to a consortium of Derotech /Geoplex/ PIDWAL/NOBLE, which Tirex Petroleum and Energy is not even a part of, Mr Palmer is said to have started accusing the new consortium of underhand dealings.

A closer look at the petition shows that this issue pretty much looks like a business relationship that went sour. It emanated from TOTALEnergies’ Call for tender (CFT) and the participation of some bidders including Palmeron Nigeria. According to the petitioner, the tender process was cancelled midway in a bid to deny Palmeron Nigeria the contract of the award, which Mr. Palmer assumed his company won. Even without reading from either NAPIMS or TOTALEnergies, one could conveniently evaluate his claims using his own petition.

Mr Palmer alleged that TOTALEnergies and NAPIMS in August 2022 were considering awarding the contract to another consortium at a daily rate of $430,000 as compared to its lower rate of $322,500. It beats every imagination to suggest that business concerns will choose a more expensive option over a cheaper one unless it has to do with an issue of quality.

It could be that TOTALEnergies dropped Palmeron from further participating in the bid when it found out that he does not have a rig, a basic requirement for participation in the bid process. Is it not paradoxical that Mr Palmer who claims to have won the bid before ‘independence’ has been galivanting all over the place looking for where to get a rig. He was so desperate that, as late as October 2021, he was begging Prince Rotimi Ibidapo, the Chief Executive Officer of Derotech Offshore, to offer his rig to him for the project. He even promised to make his company the rig manager and a pay of $8,000 per day.

Anybody with a good knowledge of the workings in the oil and gas industry knows that bids attract all sorts of companies – those with experience and those without; the capable and the incapable; contenders and pretenders etc. The bid process is put in place to sift the grains from the chaff and, until the process is concluded with the award of a contract, the callers of the tender reserve the right to disqualify any responder to the bid. The lack of basic knowledge of this fact, made obvious by Palmeron’s assumption that it had won the bid, even when the process was on-going, shows its seeming ignorance of how the industry operates.

On the legal aspects, everyone who is conversant with the operations of the oil and gas industry knows that there are clauses in every CFT document that speak to the relationship between the CFT caller and the tenderer. This, Mr Palmer even acknowledged when he noted in his petition, that Article 5.2 of the instruction to TENDERER clearly states that no claim for compensation of any kind in respect of the preparation of the tender or any other cost shall be due to TENDERER in the event that COMPANY decides not to or is unable to proceed with the award of the CONTRACT.

Such clauses are put in the guidelines for participation to take care of such unforeseen circumstances that may arise in the course of the bid process and the belated decision of Palmeron Nigeria to disagree with that particular clause puts him and his company at risk of being regarded as bad losers.

There is no gainsaying that these IOCs even look beyond the horizon of the Nigerian legal system to also include the international anti-corruption laws when it comes to corporate governance issues. Moreover, the role of NAPIMS, headed by Mr Wunti – a highly respected regulator in the industry – in such instances, further questions the propriety of Mr Palmer’s tantrums.

Today, Mr Palmer, the only saint in Sodom and Gomorrah, has been blackmailing, and issuing threats to, the winners of the bid to do his bidding. Since the week of December 12, 2022, one of his phony groups, Citizen Group Nigeria, has been sending emails to one James Sanislow of the Noble Group, a member of the winning consortium, threatening him to quit the contract with TOTALEnergies or risk their attack. In their latest email, sent on 20 December, 2022, the phony group tried to apply pressure on Noble as they threatened, “this email and other emails to you will form part of our evidence that we informed you of your company’s illegality in Nigeria if you fail to take appropriate steps.” In an earlier email, the group even bragged of making money from DOJ for their nefarious acts. He has also been recruiting faceless groups and a discredited media organization in his inglorious fight.

Lastly Palmeron seems to be playing the victim card by alleging that it is being bullied as an indigenous company by an IOC and NAPIMS. Yes, same NAPIMS that is promoting the interests of indigenous oil and gas servicing companies, just to curry undue sympathy to itself. In its bid to achieve that, he started bullying other indigenous players, starting with Tirex Petroleum and Energy and moving on to the Derotech /Geoplex/ PIDWAL/NOBLE consortium when he realized that the contract has been awarded to the latter. One even wonders why Palmer is only fighting NAPIMS, a JV Operator, and not the Nigerian Content Development Monitoring Board (NCDMB), without which Noble rig would not have been contracted.

The irony in the whole issue, which goes a long way to point to his character, is that this same Derotech that Mr Palmer has started accusing of underhand deal is the same company he was begging to partner with him in the contract bid but was turned down. One even wonders what sort of a businessman could be behaving the way he does – indiscriminately burning all the bridges he would need in the future.

Mr Palmer’s unfortunate expedition is trying to tarnish the image of responsible institutions in the country – NAPIMS and its Group General Manager, Mr Bala Wunti; TOTALEnergies, Tirex PE, Durotech Offshore, Noble Corporation and a host of other industry operators. He has even gone ahead to try and tarnish the image of the whole country by alleging that the Presidency is corrupt and powerless in dealing with corrupt practices.

This piece is entirely the opinion of the writer.