Wabote Gets Another Four Years 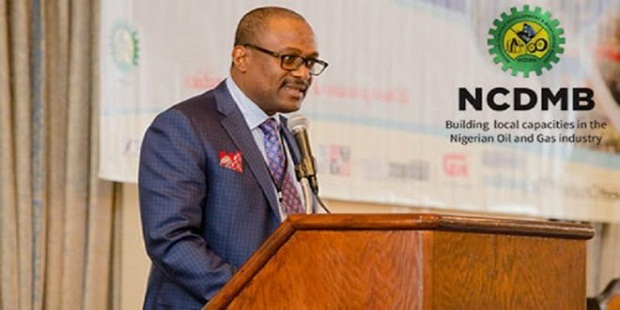 Simbi Kesiye Wabote has been re-appointed to run the Nigerian Content Development and Monitoring Board (NCDMB), for a second term of four years.

The renewal followed recommendations to the President by Timipre Sylva, Minister of State for Petroleum Resources.

Wabote, who previously ran the National Content unit at Shell Nigeria, is the third Executive Secretary of the 10-year-old institution, the most ambitious oil industry localization agency on the African continent.

An NCDMB press release quotes the Nigerian Presidency as saying that “Wabote earned the renewal after recording sterling achievements, including managing the Nigerian Content Development Fund prudently, completing the 17 storey headquarters building of NCDMB and for initiating many landmark projects that are widely commended by industry players”.

Wabote has superintended Nigeria’s petroleum industry localization effort in a period marked by low crude oil prices, but by targeted investments in industrial parks and refineries, he has aided the fostering of beneficiation of raw hydrocarbon for the purposes of growing an industrial economy.