Confirmed: ENI Is On Rampage in the North 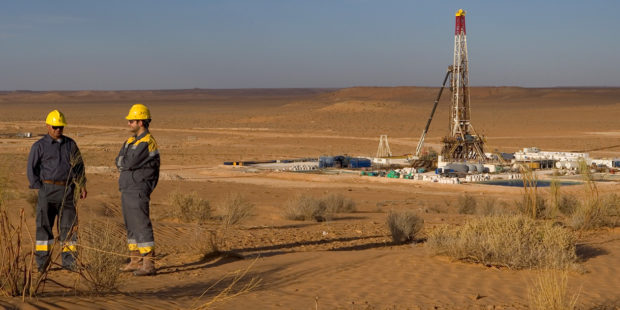 Italian major ENI is clearly on the run with the ball. Days after it reported reaching production of 700 Million cubic feet of gas per day on a field in Egypt’s western Nile,  it has released results indicating two thousand barrels of oil per day from drill stem test in Laarich East-1, onshore Tunisia, a site of low exploration and less than trickle of discoveries. This is coming at a time when the Milan based company has declared its fifth well on the Zohr discovery, as “confirming the field’s estimated potential of 30 Trillion cubic feet”. The Tunisian well has since been completed on hooked on to production.

ENI has also signaled it will soon bring a rig to drill in deepwater Morocco, a province that has played host to five dusters in the last three years.

ENI returned to drilling in Tunisia,largely unannounced,in June 2016. Laarich East-1, located in the MLD (Makhrouga-Laarich-Debbech) license, is five kilometers east of the oil treatment centre in a concession where the company  owns a 50% stake and the Tunisian state company ETAP the remaining 50%.

ENI reached the final depth of 4,111 meters, discovering hydrocarbons in sandstone layers of Silurian and Ordovician age. “Production tests confirmed the upside potential of the concession identified through the recent three-dimensional geophysical survey carried out on the permit’, ENI says in a release.

“In the meantime, exploration activities in Tunisia are continuing with the drilling of additional prospects, which have been already identified on 3D Seismic”, the company adds.

“The drilling of Laarich East-1 is part of ENI’s near field strategy, adopted to cope with the low oil price environment, and consisting in conducting exploration activities in the proximity of existing infrastructures with available spare capacity. In case of a discovery, this strategy allows for the optimization of development costs and competitive time to market for production start-up”.