Five Assets That Drain the Economy 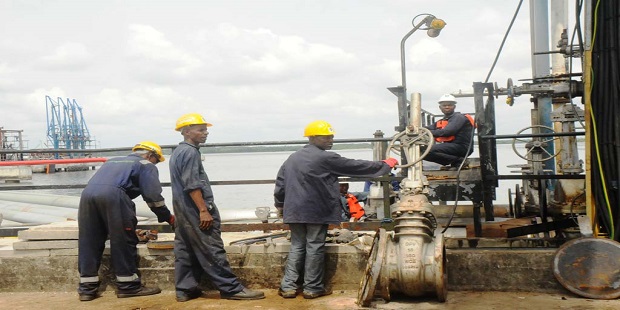 There’s too much profuse discussion on burning issues in Nigeria where the large proportion of discussants do not have the facts, or do not understand the details of the issues and are just guided by sentiments.

In the end the general public may be goaded by the one shouting the loudest than those with the most detailed analysis.

So what are the critical issues in the discourse about asset sales?
It is generally accepted by everyone today that the sharp drop in foreign exchange earnings occasioned by drop in oil price and reduction in production volume have led to a very strong supply/demand imbalance for foreign exchange. The result has been that over the past six months our naira exchange rate has gone into a tail spin. The real problem is not so much exchange rate but the volatility: the instability over a terribly short period of time. If the US dollar to Naira exchange were 500 and remains within a five percent band over a long period of time, it is better for business and economic planning than to have a 200 Naira to a dollar exchange rate today which plunges to 350 to a dollar in the next week owing to demand pressure.

The Petroleum Product Grid Is In Tatters
So why wouldn’t these depot/pipeline networks be sold to people who can properly maintain and run them, and in the process, stop the menace of petroleum tankers all over the city, but also generate the needed forex in the short term?
It is also agreed that we have chewed up what should have been a huge external account deposit over the last five years, especially in the period of high oil prices and now that weearn far less income, we need a critical injection of a fairly large dose of foreign exchange to stabilise the economy and arrest the drift of the Naira. The economic management team has put out the figure of between 10 and 15Billion US dollars as the minimum cash injection required. Even if we’re borrowing from IMF we’d be getting between 1-2Billion US dollars. So, borrowing does not cut it at all.

Put simply, if this nation loses nothing by selling a particular asset, but in the process generates much needed foreign exchange and the asset becomes better performing, why would anyone argue against the sale of such asset?

Refineries
NNPC’s own financial reports in the last 10 years show that about 80% of the losses they have been reporting come from operations of two major segments of their business: Refineries and the PPMC (Petroleum Product Marketing Company). So what does the country honestly lose today by selling the refineries? They have been a drain on the national purse. They have operated at less than 40% average capacity over the last 10 years. Their sale will not only generate critically needed forex but actually stop the drain on the national purse and make them more efficient in performance.

Petroleum Product Depots/Storage Tanks
This country has a network of nineteen depots and interconnected pipelines. Apart from, occasionally, the Mosimi depot (in Southwest Nigeria), none of them have functioned in the past five years. Some of them (like the Enugu depot in the east of the country) are a disgraceful sight as the tanks have all rusted. Because this distribution grid does not naturally function, all petroleum product tankers in the country have to find their way to Lagos, Port Harcourt (in the east) and Warri (in the western Niger Delta), where they are either loading imported products or the small volumes produced by the largely malfunctioning local refineries. This is why the Apapa (the port of Lagos) and Ogere in the north of Lagos, have become a gridlock of Petroleum tankers in the last three years.
So why wouldn’t these depot/pipeline network be sold to people who can properly maintain and run them, and in the process, stop the menace of petroleum tankers all over the city, but also generate the needed forex in the short term?
Sell the ELPS and OB3
If Nigeria’s critical natural gas backbone infrastructure is capitalised today into an international company and 60% of it is sold to world class operators of gas pipelines around the world, you’d be sure of the efficiency in the long run while generating immediate cash today.
Airports
President Yar’adua’s government (2007 to 2010) wisely identified and earmarked 10 Airports for concessioning. The reason was that a private sector managed airport system would be the only route to efficiency of these airports. They’d generate Tax revenue for government. There’d be no budgetary allocation to run them and they’d be a lot more efficient. The regulatory agencies: FAAN, etc, just need to regulate them.

But after Yar’adua’s death, the next administration did not only scuttle that plan, but marched on to China to borrow a billion dollars to do the same job that a concessioning would have done without any stretch on government revenue. So, really, other than sentiments and probably pressure from the unions, it is a no brainer to realise that concessioning of our key airports fulfil the three way test of the asset sale philosophy: Stop the drain, Generate money, Bemore efficient.

NNPC JVs
The fourth asset category that is most difficult to understand is the NNPC Joint Venture with the companies who produce most of the country’s crude oil. There are a few facts we must understand: (1) Of the total revenue accruing to the Federation account from every barrel produced by the JVs, about 88% comes from rent (Tax, Royalty, Concession Rental and Fees). So the extra income accruing to government from NNPC’s 57.5% share of the JVs is only 12%. Put simply, even if the NNPC sold the entire 57.5% it holds in the JVs today, the loss of revenue will only be 12% of what it currently earns. The question is: in the face of the traditional difficulties of the JV; ie cash call payment arrears, long decision cycles and general political interference, which have the effect of giving rise to cost escalation, the loss of revenue from this cost escalation is probably higher than the 12% that the NNPC earns on account of its 57.5% shareholding. So, if you reduce this equity even to 20%, chances are that the earnings to government will not be adversely affected, because the increase in efficiency will make up for the reduction in the 12% profit earning. This is why everybody refers to the NLNG model, without realising that the only difference is that the JVs suffer from political interference in their operations because of the high equity of government in the JVs whereas the state’s share of the NLNG is less than the three partners put together.
If you sold 37.5% in the JV’s you would raise much needed foreign exchange and actually lose nothing in terms of future revenues. This can be done in tranches and the commercial negotiation can factor in contingent future payments when oil prices increase above current levels.

I concede that government needs to still have a skin in the game, to give additional oversight responsibility, in addition to DPR’s regulatory duties. This is why I have not advocated outright sale of the state’s entire interest in the JVs.

Notice, also that even though sale of part of the Nigerian state’s interest in NLNG will generate quick cash, I have not canvassed for it because NLNG is a profitable, going concern that is not a drain on government’s coffers. Even though it will generate quick cash, there is no need to sell it because it has predictable cash flow and Government’s investment in it is a profitable business.

The Nigerian Gas Infrastructure
Finally, the backbone for gas transport infrastructure which consists today of the double looped Escravos Lagos Pipeline System (ELPS) and the ObiafuObrikomOben (OBB) Line under construction. If this critical backbone infrastructure is capitalised today into an international company and 60% of it is sold to world class operators of gas pipelines around the world, you’d be sure of the efficiency in the long run while generating immediate cash today. And such a company can raise additional internal funding that will take the backbone further north into Kano and Eket in the south. If NNPC has been unable to run the refineries in the past 25 years, I am not encouraged to believe that in the long run, it can run a large scale gas transportation infrastructure, whose success will determine if gas producers can efficiently reach their offtakers around the country.I believe that the time to carry out this exercise is now and not wait until the problem starts rearing their heads as we did with the refineries.

The Nigerian Gas Company, a subsidiary of NNPC, will remain a partner in such a profitable, well run venture and DPR will always be there to regulate their activities. The difference is that, like the NLNG, we can all go to sleep over the next 20years, knowing that it will be run efficiently in addition to generating additional cash to what it is doing today.

I have attempted a very simplified discussion on these five assets, just to show that, with the right political will and courage and appropriate public enlightenment, there can be some quick solutions to our problems around the corner.

Avuru, a past President and Fellow of the Nigerian Association of Petroleum Explorationists(NAPE), is MD/CEO of Seplat Petroleum.