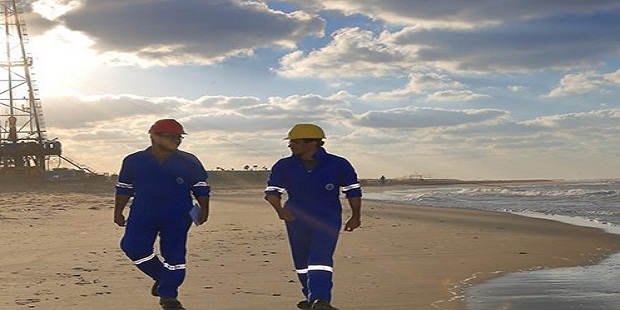 Bashrush, as the prospect is called, is located in 22 metres of water depth, 11 km from the coast and 12 km North-West from the Nooros field and about 1 km west of the Baltim South West field, both already in production.

The gas molecules are stored in sandstones of Messinian age in the Abu Madi formation.

They have excellent petrophysical properties, ENI claims. “The well will be tested for production”, the company says.

“The discovery of Bashrush demonstrates the significant gas and condensate potential of the Messinian formations in this sector of the Egyptian Offshore shallow waters. The discovery of Bashrush further extends to the west the gas potential of the Abu Madi formation reservoirs discovered and produced from the so-called “Great Nooros Area”, the Italian giant explains.

ENI, together with its partners BP and TOTAL, in coordination with the Egyptian Petroleum Sector, will begin screening the development options of this new discovery, with the aim of “fast tracking” production through synergies with the area’s existing infrastructures.

In parallel with the development activities associated with this new discovery, ENI will continue to explore the “Great Nooros Area” with the drilling, this year, of another exploration well called Nidoco NW-1 DIR, located in the Abu Madi West concession.

ENI, through its affiliate IEOC, is 37.5%, equity holder and operator of the North El Hammad concession, in participation with the Egyptian Natural Gas Holding Company (EGAS). BP holds 37.5%, and TOTAL holds  25% of the Contractor interest.