Our Latest Edition: AFRICA/ Stepping on The Gas Annual 2021 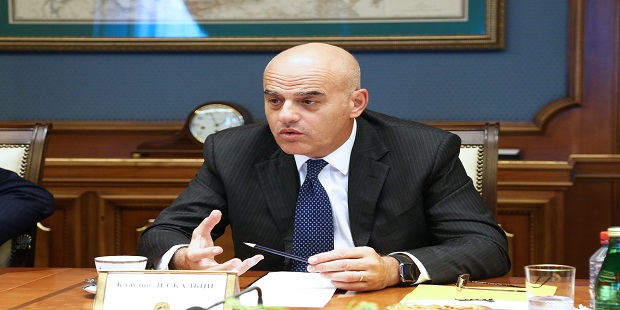 Africa is in a far better place, today, with gas monetization initiatives, than it was a year ago, in October 2020.

The demand in Ghana, driven by the rise in electricity generation, is expected to rise from the 2020 level of 313Million standard cubic feet per day (313MMscf/d) to some 450MMscf/d.. by 2026. This is an astronomical leap for a country that wasn’t consuming natural gas 11 years ago.

Algerian natural gas output has surged after a 36 month plunge, reaching  10.64Billion standard cubic feet per day (Bsc/d) of sales gas in the first five months of 2021, up 30% year-on-year. More than 4Bscf/d is consumed in the domestic market.

Our latest edition, just released to our global pool of paying subscribers, covers the continent-wide growth and opportunity of the natural gas business.

But the French major didn’t cancel the project; the Mozambican government, undaunted, increased its security arsenal, invited Rwandan armed forces and a multinational SADC force composed of troops from Angola, Botswana, Lesotho, South Africa and Tanzania, to tackle the insurgency. The combined firepower has smoked out the jihadists from most of their camps and haunts. Now there’s frequent talk about TOTALEnergies returning to site by third quarter 2022.

Since our last STEPPING ON THE GAS ANNUAL, in 2020, there have been several encouraging news.  The 3.4MMTPA Coral South FLNG offshore Mozambique is confirmed to deliver first gas in 2022. In the same country, Sasol reached a final investment decision (FID) on the $760Million Temane natural gas project, which includes a 450 MW gas-fired power plant, a liquefied petroleum gas (LPG) facility and an increase in the volume of gas exported from Mozambique to South Africa. In the Ghanian port of Tema, TLTC, an LNG Terminal Company, received a regasification unit (RU) for its 1Million Metric Tonne Per Year project, which also comprises floating storage.

Nigeria has been on a roll: Construction is ongoing at the 8MMTPA Nigerian LNG Train 7. The 600MMscf/d ANOH gas project is cruising towards commissioning by mid-2022 and  AngloDutch Shell has agreed to supply 340MMscf/d to a proposed methanol and fertilizer plant in Odeama, a sleepy town in the Niger Delta region.

Meanwhile, Egypt’s gas demand has skyrocketed, hitting monthly records for each of the first six months of 2021 with the 6.07Bscf/d in 1H 2021 average up 9% on 1H 2020. That is a good problem. In this edition we take a survey of what’s exciting in African Gas.

The Africa Oil+Gas Report is the primer of the hydrocarbon and the growing new energy industry on the continent. It is the market leader in local contextualizing of global developments and policy issues and is the go-to medium for decision makers, whether they be international corporations or local entrepreneurs, technical enterprises or financing institutions, for useful analyses of Africa’s oil and gas industry. Published by the Festac News Press Limited since November 2001, AOGR is a monthly, publication delivered to subscribers around the world. Its website remains www.africaoilgasreport.com and the contact email address is info@africaoilgasreport.com. Contact telephone numbers in our West African regional headquarters in Lagos are +2348038882629, +2348036525979, +2347062420127, +2348023902519.