Chevron Hits a Motherlode in the Mediterranean 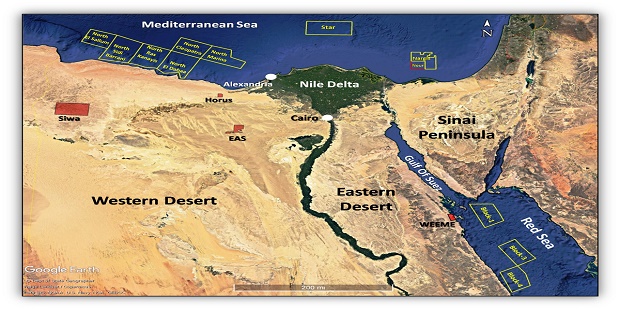 Chevron and partners are evaluating a commercial sized accumulation of natural gas, encountered in the Narges 1 well, in the Mediterranean Sea offshore Egypt.

Tarek El Molla, the Egyptian Minister of Hydrocarbons, confirmed the discovery to the country’s parliament on Friday, December 16, 2022, but he did not give details of the estimated volume of the accumulation.

The Narges block in the Eastern Mediterranean is one of the assets that Chevron took over in the event of its recent acquisition of Noble Energy, the American independent.

The Middle East Economic Survey (MEES) reported in early December 2022, that the field could hold an estimated 3.5Trillion Standard cubic feet of gas. It also reported that the gas was encountered gas at the prognosed primary target depth of 3980 metres.

The estimated 3.5Tcf volume is about 15% of the ultimate recoverable reserves in the giant Zohr gas field, discovered by ENI in the same Mediterranean in 2015, and the discovery is timely. Africa’s third largest economy has been determined to maximize its exports of natural gas to improve its Foreign Exchange earnings. With gas production averaging 6.5Billion standard cubic feet per day in third quarter 2022, a year-on-year drop of 700Million standard cubic feet per day, the country commenced, last August, a rationing of gas for domestic power production, in order to free up more gas for export.

The Narges block is 45% operated by Chevron with another 45% owned by ENI, the Italian explorer.   Tharwa Petroleum, an Egyptian state hydrocarbon company, holds the remaining 10%.

The Narges-1 probe is being drilled by the drillship Stena Forth, in an acreage which lies some 60 kilometres from the Sinai peninsula, about 80 kilometres east of the nearest Egyptian gas infrastructure and 70 kilometres west of the long dormant Gaza Marine gas discovery offshore Gaza Strip, a Palestinian enclave.