Mart: Another Suitor Walks Off 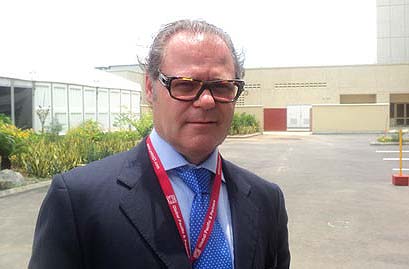 Toronto listed Mart Resources failed to convince a second company, in three months, to buy it over.  Mart wants to sell, but the companies it has been talking to are either unable to or unwilling to purchase it.  The Canadian minnow’s terse statement about the collapse of its “arrangement agreement” with the Middle East based Delta Oil puts it all in large print:  “due to prevailing market and industry conditions, Mart and Delta Oil Nigeria B.V.  Have mutually agreed to terminate the arrangement agreement dated October 16, 2015”.

Mart Resources was going to be bought over by Midwestern Oil and Gas, the Nigerian minnow with which it has a partnership in the Umusadege field (~20,000BOPD), in the Northwestern Niger Delta basin onshore Nigeria. Those talks broke down in late August 2015. In October, the Canadian independent announced that it was willing to be bought over by Delta Oil for far less than it was trying to sell to Midwestern.  Mart itself explained:”While the offer price of CAD$0.35 to be paid to Mart shareholders pursuant to the Arrangement is lower than the price offered to shareholders under the previously terminated transaction with Midwestern Oil & Gas Company Limited, it is considered to be fair by the board of directors of Mart because of (i) the significant worsening of the broader macro-environment for emerging market exploration and development companies, including forecast oil prices being US$15-$20 per barrel lower than when the previous offer was made; (ii) increased volatility of net cash flows from Mart’s current operations; and (iii) significant constraints on available working capital due to Mart’s ongoing obligations to service the Company’s significant level of debt.”

Mart and Delta have mutually agreed that Delta will not proceed with the previously announced private placement of units, which was conditional upon shareholders first approving the Plan of Arrangement set out in the Arrangement Agreement.