Eq Guinea Takes the Bid Round To Singapore 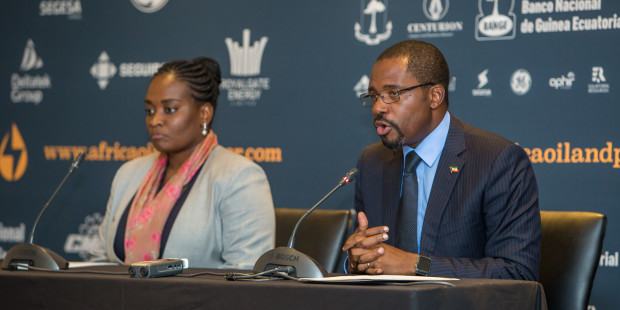 The Equatorial Guinea oil and gas licensing round, EG Ronda 2016, will be in Singapore in September as the Ministry of Mines and Hydrocarbons pushes forward on promoting available blocks.

The visit to Singapore will open opportunities for companies in South-East Asia and Australia to take part in the round. Gabriel Mbaga Obiang Lima, Equatorial Guinea’s Minister of Mines and Hydrocarbons, said Singapore’s position as a leading energy centre in South-East Asia makes it the ultimate venue for EG Ronda.

“We have considerable admiration for what Singapore has accomplished in becoming an important global energy hub,” said H.E the Minister. “It is a model for Equatorial Guinea’s long-term development and a reference point for oil and gas trading in South-East Asia. We look forward to having excellent discussions with organizations in the region.”

Lima will deliver a keynote presentation during the CWC LNG & Gas Series: 8th Asia Pacific Summit, to be held at the Grand Hyatt Hotel on September 20-23. The ministry’s press release claims that Equatorial Guinea has a large portfolio of gas projects in operation or under development, including EG LNG and the pioneering Fortuna FLNG development, expected to be the first of its kind in Africa.

EG Ronda 2016 was launched on June 6, 2016 at the Africa Oil & Power conference and will conclude on November 30, 2016. The MMH invites bids on all open acreage outside of blocks under direct negotiation.