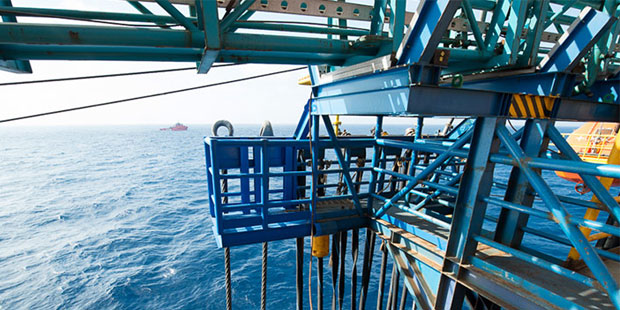 With proved reserves of 16MMBO, field is unlikely to deliver more than 6,000BOPD

BWOffshore spud the first of the two producer wells in the final lap to first oil in the Dussafu Acreage offshore South Gabon.

The Norwegian operator is angling for first oil from the field in the second half of 2018.

The DTM-2H production probe, on the Tortue oil field, in 116metre water depth, part of the Dussafu Marin Production Sharing Contract, is being drilled with the Borr Norve jack-up rig.

DTM-2H is a horizontal well targeting the Dentale D6 reservoir at 3,140 metre true vertical depth (TVD) subsea. Following drilling, the well is intended to be completed as a gas lifted, subsea oil production well with an approximate 500 metre horizontal drain. The drilling and completion for DTM-2H is expected to take approximately 70 days. Following the drilling of the DTM-2H well the rig will move first to drill the DTM-3 pilot hole in order to appraise the northwest of the Tortue field in both the Gamba and Dentale reservoirs. Subsequently, the rig will drill the DTM 3-H production well targeting the Gamba reservoir at Tortue. The two production wells will be tied back to a leased floating production, storage and offloading (FPSO) vessel via subsea trees and flowlines.

The partners have not shared the likely production rates after the wells have been hooked up, but with proved reserves being 15.9Million barrels of oil, certified by NSAI, an industry authority on reserves calculation, the optimum outut should be around 6,000Barrels of oil per day.