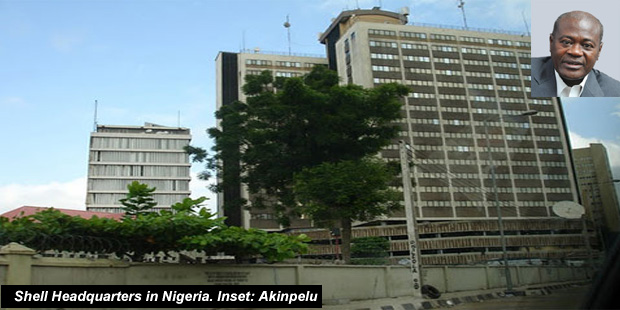 Multinational Companies operating in Nigeria ceased to worry about reserves growth in shallow water and onshore acreages as far back as 25 years ago, it has been argued.

The companies reneged on the Memorandum of Understanding (MoU) they had with the state hydrocarbon company, NNPC, to invest in exploration, according to a ranking insider.

“Half-hearted response by the Multinationals were directed at less risky new fault blocks and inter-field area tests and these never produced the high impact reserve additions needed to give the near shore reserves a boost”, says Bayo Akinpelu, 73, a former president of Nigerian Association of Petroleum Explorationists (NAPE), and one of the most respected exploration managers to work for a multinational in the Niger Delta in the last 40 years. ”The security situations in the swamp and onshore areas provided all the excuses the Multinationals needed to renege on their MOU obligations”, says Akinpelu, who retired from Chevron Nigeria 13 years ago.

“These same companies that fretted over the possibility or rumours of Nigeria offering part of the NNPC’s equity in the JV blocks to the Chinese less than a decade earlier, now wanted to divest their own equity to any one with money, including the Chinese!”, says Akinpelu, whose talk, for which he flew into Nigeria from retirement in the United States, was largely about the future of the country’s crude oil export.

Noting that the rate of dis-investment in the country’s E&P space “had reached a feverish state”, he points out that “what started about two decades ago as reluctance to invest in resources growth through exploration subsequently mushroomed into full scale equity relinquishment”.

He admits that Nigeria’s home-grown independents “have benefited tremendously and successfully from the decision of the Multinationals to divest”, but he wonders whether there aren’t ”more subtle messages in the now open divestment activities?”

So he asks: “As the multinationals did not abide by the terms of the MOU work obligation, was hedging on their obligation a signal that they no longer care about reserve growth or further development in the onshore and nearshore areas? Was there a cue telling them “it’s time to close shop onshore and move on to the newly discovered deepwater”?

“We may never know, nor is it important to know. …..”, declares the founding chair of the Africa Division of the American Association of Petroleum Geologists (AAPG).

“We do not expect the companies to own up to misleading their host government”.

The 5,600 word paper was delivered as part of the month long series of activities marking the 70th birthday anniversary of Layiwola Fatona, the founding Chief Executive of Niger Delta Exploration and Production (NDEP) Ltd.

Akinpelu explains that Nigerian policy makers (to which he directs his most pungent criticism) don’t see any problem with the startling drop in output from what, for over 30 years, accounted for all the country’s average Two Million Barrels per day, “because of the success of deepwater exploration and production”.

“To our policy makers therefore “nothing spoil” as we say in our native English. No critical review of the causes and effects of the losses of the traditional shelf and near shore area were made nor sustainable correction proffered”.

He says that his presentation was “not to discount the heavy toll that violence and insecurity has taken on the operators, especially the heavy human and material losses”. His review, he submits, “is not a report card on the insecurity of the Niger Delta. However, no one would deny that the crises was never well managed from the beginning by all sides”.

He advises that “The shelf or near shore province of the Niger Delta basin could eventually see a resurgence and make more contribution to Nigeria’s crude oil production of the future if the lease administration is structured better and lasting peaceful coexistence found. On the technical side, new play types must be vigorously pursued because they are there”.

« How the Oil and Gas Industry Can Engage the Energy Transition
Kenyan, Ugandan FIDs are Up In The Air »