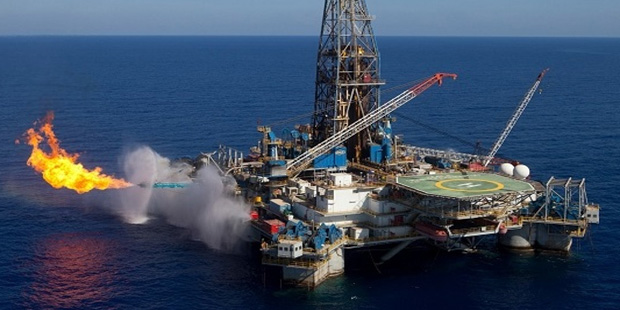 You are more likely, than anyone else, to find a job in the oil industry today if your skills are offshore.

A Rystad Energy report says that offshore oilfield services now have more job offerings than any other sector.

“Employment is shifting from shale to offshore”, the report headlines.

“This is a clear effect of the increase in offshore sanctioning. We expect offshore commitments to nearly double from 2018 to 2020, and sustain high levels of spending over the next five years,” says Matthew Fitzsimmons, vice president on Rystad Energy’s oilfield services team.

Rystad, a Norwegian firm of oil industry consultants, says that increased activity in onshore shale basins such as the Permian in the US held employment in the oilfield service industry steady from 2016 to 2017. “However, the offshore industry has now taken the lead, gradually increasing the overall headcount of the top 50 oilfield service companies from 2017 to 2018”. 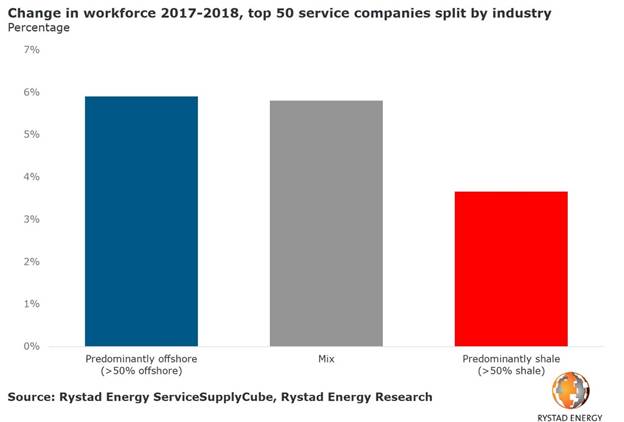 The company forecasts that the demand for offshore services will reach $442Billion in 2025, a 45% increase from 2018.

Companies greatly exposed to the offshore industry struggled with the financial realities of reduced activity in 2015-2017, resulting in a cumulative workforce decrease of 31%, Rystad notes in its report.

“The tides are now turning as the offshore market gains momentum. Four out of the top five oilfield service companies with the largest workforce change from 2017 to 2018 were primarily exposed to the offshore industry.

“Among the smaller players with a strong focus on offshore segments, the Norwegian shipping company Solstad has nearly doubled its workforce from 2017 to 2018 – a significant staff ramp-up which bet on the long-term improvement of market conditions.

“Similarly, the drilling contractor Seadrill saw employment grow by 15%. The company has seen some recent contract award success with Saudi Aramco and Equinor. However, their 2018 year-end headcount is only 100 people more than after massive layoffs in 2016, and remains just over half of what is was as in 2014.

Bring Back the Experience

“Our informal interviews with OFS company leaders across the offshore industry all echoed a common challenge: how to bring experienced personnel back into the industry amidst current growth, and how to attract new talent. History would show that to bring back experienced professionals into an industry, higher wages will be required,” Fitzsimmons remarked.

However, not all hiring trends look sunny for oilfield service companies. Bristow cut its labour force from 2017 to 2018 in an effort to decrease operational costs and address its financial insecurity. The move proved to be insufficient, and the company filed for Chapter 11 in May 2019.