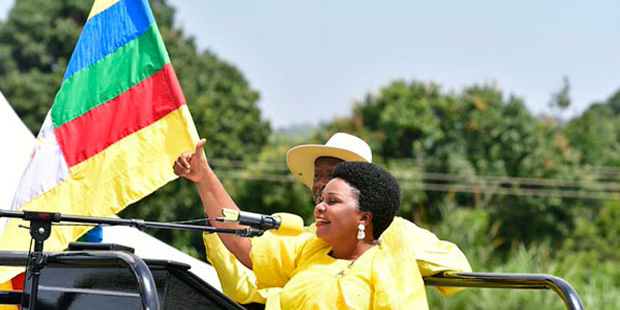 Uganda’s ruling party, The National Resistance Movement (NRM), emerged victorious in the by-elections in Hoima district for a seat specifically designated for a female member of parliament.

In what is considered by the country’s media as a close race, Businge received 33,301 votes against Nyakato’s 28,789 votes.

Uganda’s Hoima district came to prominence on the global hydrocarbon map between 2006 and 2009, when a considerable amount of crude oil deposits, estimated now at between 2.5Billion to 3.5 Billion barrels (of stock tank oil in place STOIP), were discovered in Lake Albert and on the shores of the lake in Hoima District and the neighbouring Buliisa District.

An oil refinery, the 60,000BSPD capacity Uganda Oil Refinery, is planned in Kabaale Village, Buseruka Sub-county, Hoima District, approximately 35 kilometres west of Hoima town. The East Africa Crude Oil Pipeline (EACOP), is also planned to evacuate crude oil from Hoimato Tanga, the Tanzanian port town on the coast of the Indian Ocean, with the result that Hoimawill become a hub of economic activity.

In January 2018, SBC Uganda Limited, a joint venture company between the UK based Colas Limited and SBI International Holdings of Uganda,started construction of Hoima International Airport, at Kabaale Village, Buseruka sub-county, Hoima District,approximately 35 kilometres , by road, to the west-northwest of the city of Hoima. The first phase of construction, including the runway and cargo-handling facilities, is expected to be ready in 2020.

Hoima has two counties, one municipality, 17 sub-counties and 69 parishes. The election was conducted at 266 polling stations.