NNPC’s Announcement of Kolmani 2 Discovery Is Vague on Details 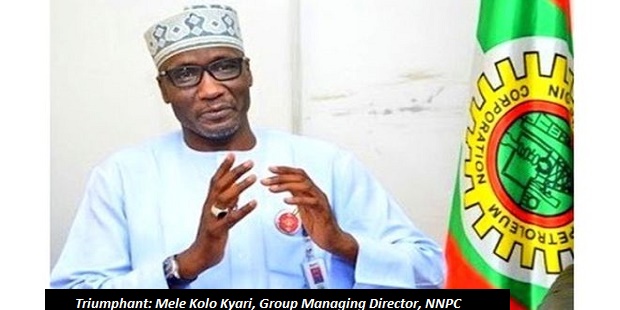 The Nigeria National Petroleum Corporation announced the discovery of hydrocarbons in Kolmani River 2, an appraisal well drilled in Bauchi, in the Upper Benue Trough, Gongola Basin, but was extremely vague on details.

The statement, released by its corporate affairs department, did not state the net or gross hydrocarbon footage in any reservoir(s).

The press release said the well was drilled with “IKENGA RIG 101” to a total depth of 13,701feet, encountering oil and gas in several levels, meaning that hydrocarbon was encountered in several reservoirs more than the only reservoir that encountered gas in the Kolmani 1.

“A Drill Stem Test (DST) is currently on-going to confirm the commercial viability and flow of the Kolmani River reservoirs”, the company said.

The part of the statement that could have passed for a useful status update of the probe was couched in poor professional language:  “On Thursday 10th October, 2019, at 18:02hours, one of the reservoirs was perforated and hydrocarbon started flowing to the well head at 21:20hours in which the gas component was flared to prevent air charge around the Rig”.

What does that mean?

For a well that had been spud as far back as February 2019, a more standard report was expected.

NNPC added that “Preliminary reports indicate that the discovery consists of gas, condensate and light sweet oil of API gravity ranging from 38 to 41 found in stacked siliciclastic cretaceous reservoirs of Yolde, Bima Sandstone and Pre-Bima formations”.

The NNPC plans to drill additional wells for full evaluation of the hydrocarbon volume in the Gongola Basin.