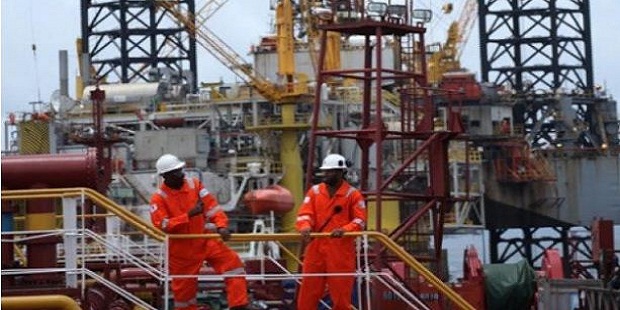 The Nigerian government, obviously betting that its estimated 2.3Billion barrels of discovered but mostly unappraised crude oil reserves across 183 fields considered marginal are peculiarly coveted, launched the 2020 Marginal field bid rounds at the end of May 2020. The fee structure as published in the advertised bid guidelines suggest the exercise is a desperate move to raise capital by a government on the verge of a second recession in five years. Pundits, however, believe the timing for the bid round could not be more inauspicious given the global pandemic that has thrown the world into severe health and economic crisis. With resource ownership and production dominated by the five major International Oil Companies (IOCs) operating in the country, the government in 2003 formally transferred ownership of 24 fields to Nigerian companies following the 2003/4 marginal field bid round and between then and now have approved the transfer of $10Billion worth of assets from IOCs to a slew of homegrown independent companies, who are mostly well-positioned to benefit from the ongoing bidding exercise.

A recent Africa Oil+Gas Report newsletter article, quoting unnamed sources at the ministry of petroleum resources, reports that up to 500 companies are expected to have applied and paid the fixed registration fee of Five Hundred Thousand Naira by the new June 21 registration deadline. Six out of the seven statutory fee categories are field-specific thus variable, growing incrementally depending on how many fields a participant is bidding for. A bidder who has narrowed down to and bidding for only one field must part with approximately $125,000 to progress to the stage of signature bonus. The asking amount for signature bonuses was not disclosed in the bidding guidelines contrary to what obtained in the past. A successful bidder must confirm willingness to pay the signature bonus upon selection and before the award of the marginal field. While the process is planned to be conducted 100% electronically, how this will pan out in reality remains to be seen. In the period since the bid round was launched, some prospective bidders have complained of inability to access the registration portal. Previous bidding processes in Nigeria have been fraught with political interference and nothing in the current political climate in Nigeria suggest there will be a departure from status quo this time.

Challenges: Setting aside the widespread enthusiasm by participating stakeholders momentarily, the sub-optimal performance shown by the majority of licensees from the 2003/4 class should evoke some caution. For a number of reasons but mostly due to funding challenges, no more than 50% of the marginal fields awarded in Nigeria have produced hydrocarbon, leaving observers pondering how successful bidders hope to attract capital as sources of funding for fossil fuels thin out across the globe. On their side, local banks who have shut their purses primarily due to over-exposure to the sector, draw little inspiration to further invest in this round at a time when unprecedentedly, the credit rating of giants like ExxonMobil has been downgraded by S & P due to its anaemic cash flow position thereby impacting the company’s ability to fund its capital projects and continue to pay dividends as the industry witnesses its bleakest outlook in history.

Among the class of 2003, approximately 47% of those licensees that attained production partnered with foreign entities, at one point or the other in their development journeys with 23% funded through financing and technical services partnerships with international players. Notably, 55% of gross daily liquid production from marginal fields comes from assets initially funded by foreign entities. This fact assumedly raises a glimmer of hope that if replicated, the model of seeking avenues to partner with foreign entities under similar arrangements could bode well for current bidders.

Other areas that could pose challenges down the line to undiscerning participants in the current bid round pertains to potential issues surrounding enforceability and bankability of contracts between the licensee, who enters into a farm-out agreement with the main lease owner, effectively as a sub-lessee. The parameters of the terms of the farm-out agreement which ideally must thoroughly address obligations of parties regarding issues such as overriding royalty to the farmor, crude handling prioritization & lifting costs, how to handle pipeline losses, abandonment & decommissioning, resolution of unitization where applicable etc. could potentially become contentious. Aside from the reality of restiveness in some areas of the Niger Delta, which portends risk for those that will operate in those communities, certain fields included in the basket are potential candidates for litigation as the government had revoked licenses from previous lessees in controversial circumstances.

Potential for Upsides: Marginal fields by definition are technically and economically challenged assets that typically haven’t met the development criteria of the IOCs who discovered them. Decisions made and the strategy adopted at the bidding stage invariably predicts future outcomes post-bid and drives an asset’s overall performance as well as underpins the ability to effectively de-risk the ensuing development project to maximize commercial value from the asset. A delicate balance must be achieved to effectively manage the competing philosophical considerations that will drive the most prudent risk-balanced FDP approach; the wisdom to achieve early, albeit relatively minimal cash flow timeously and most cost-effectively versus a full-blown, costlier and seemingly more lucrative development strategy. The upsides realizable centers on taking a life-cycle view during bidding, ensuring that consideration is given to depletion beyond primary recovery. Looking at assets deemed marginal, the prudent approach is to advocate key technologies, multiple depletion strategies and the timing of implementation to be incorporated in the field’s life cycle plan and road-map. Having a life cycle plan and road-map allows for optimal facility planning to accommodate technology application geared towards maximizing economic URF. The eventual goal, of course, is to maximize the value of the full hydrocarbon stream.

The self-healing nature of crude oil cycles infers some optimism that current effort to stimulate supply deficit through agreed production cuts will yield results in short order. Pending the restoration of oil prices to pre-COVID 19 levels, the prevailing environment where demand remains relatively depressed could offer some advantages – reduced baseline costs to procure services, that typically trails oil price, should motivate operators to develop projects through this slump and be positioned to reap in the upside when the cycle adjusts in a couple of years.

Winners and Losers: The federal government has clearly placed its bet on a robust subscription in this bid round. However, there are no indications that learnings from the historical performance of previous awardees have been incorporated into the thinking in order to influence better outcomes for the program. If the only driver for launching the round, as it appears, is for the government to raise capital from signature bonuses, then the government’s outlook is at best myopic.

As stipulated in the bid guidelines and consistent with what obtained historically, pressures on successful licensees to ” develop or lose ” amidst potential government-imposed bottlenecks, fiscal uncertainties as PIB remains unpassed, as well as other challenges earlier outlined pose significant headwinds which fundamentally threatens the achievement of the marginal field program’s theoretical objectives. With minimal long-term value creation for stakeholders, the crushing legacy of serial losses underwhelms the lofty ideals behind the marginal field programme.

Bassir is Chief Executive, Ofserv, an E&P service company with expertise covering a broad range of services across the Drilling & Facilities Maintenance domains.

« Widespread Interest expressed in Nigeria’s Marginal Field Bid Round
FAR Signs New JOAs, But Struggles for Partner to Fund the Next Gambian Well »