I Disliked Tullow, Then I Loved Tullow, and Now What? 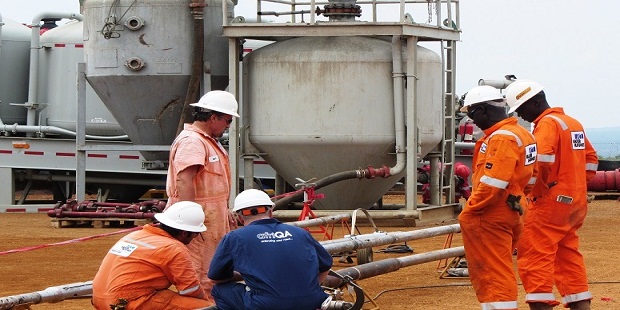 I was extremely upset when I learned that Tullow Oil, the Irish independent, had delisted Energy Africa from the Johannesburg Stock Exchange.

The year was 2004. Tullow was on acquisition spree in Africa.

Tullow acquired the Cape Town based company for $500Million.

I was upset because Energy Africa was the one homegrown African independent with an active producing asset inventory around the continent.

It was based in Africa, listed on the continent’s most prosperous bourse and had interests in Equatorial Guinea, Congo, Gabon, Cote d’Ivoire, Ghana, Uganda, Egypt and Namibia. Its producing acreages (in Equatorial Guinea, Gabon, Congo) averaged over 20,000 Barrels of Oil Per Day (BOPD) in net output at the time.

I did not know it then, but I was beginning to nurse the sentiment that Africa needed local E&P companies to access acreage licences, operate and extract mineral resources on their own land and build technical and financial capacity on the back of the adventure.

150 years after the first Western mining companies took over vast stretches of continental land and introduced a concept of property rights that favoured them and disadvantaged the natives, they had built fortunes with those assets in their own countries. The best that African companies had become, as of 2004, was to be competent contractors.

At the time, only Nigeria’s Conoil, with about 30,000BOPD in output, operated any producing property with sizable hydrocarbon volume. The other Nigerian owned producing independents, seven of them then, had combined production less than 15,000BOPD.

In South Africa, the only homegrown E&P players were SPI, the Sasol subsidiary, and the state hydrocarbon company, PetroSA. As to why I don’t consider Sasol’s SPI as an African independent, you have to google the company’s history.

There were no comparable homegrown independents in Egypt, Algeria or Angola.

So, Tullow Oil had come from the Western Hemisphere, to shoot down such a stellar African star from the sky. It was pretty depressing.

And this Irish company with a very Irish name, started going about calling itself an African independent.

Tullow claimed it had a reason for the entitlement. It was founded in 1986, primarily to look for and work up small oil fields, which had been left behind by the majors in Africa, with no-one to work them. Its first work programme was to develop some small gas fields in Senegal.

In 2006, Tullow found oil in Uganda, after Hardman Resources had made the country’s first discovery. The same year, it signed a Petroleum Sharing Contract with the Ghanaian Government for Deepwater Tano Block in 2006. It was a transformative move.

At a conference in Cotonou, Benin Republic, in 2007, I sat through a presentation by Tim O’ Hanlon, then director of Tullow’ Oil’s business development activities in Africa. It was an impassioned speech, brimming with promises of genuine love for the land of my birth.  I became a Fan.

Kosmos Energy’s discovery of the Mahogany field, the first sizable find in Ghana, de-risked Heydua-1, the prospect that Tullow had lined up for drilling in Deepwater Tano. In the event, Heydua turned out to be a straddle play with Mahogany. The unitized field was christened Jubilee and Tullow was appointed operator. In the space of three years, Tullow took Jubilee from discovery to market. By 2010, “Africa’s Leading Independent” had taken off.

Meanwhile, Tullow’s Irish charm was failing to work the magic in Uganda. The Government and a host of civil society groups were demanding more upfront benefits before first oil than the Ghanaians did. There was a part of the Ugandan demand that I lined up behind: would Tullow agree to converting a quarter, even a fifth, of the crude production (after first oil), to petroleum products through a refinery? Tullow demurred, citing bankability issues. The thought came back to me: Africa certainly needs brave local businessmen with industrial scale mindset who, with Government support, would take the risks.

Tullow Oil has never been the largest Western independent operating in Africa. That credit goes to Apache Corp (which also has a higher net hydrocarbon output on the continent, even if the only African country in its portfolio is Egypt), and the defunct Anadarko. Tullow was also never the lead exploration company. In the years that independents were actively foraging in frontier basins that the majors were allegedly not keen on, it was Australia’s Woodside who opened up the Northwest African margin;  Anadarko funded Kosmos Energy’s Ghanaian discovery, and discovered Mozambique and, following the Rovuma basin fairway that Anadarko had proven, BG opened the neighbouring Tanzanian deepwater.

Tullow bore no shame in arriving late and buying entry into the game. But the Irish company was a fast follower.

Then came the company’s 26th year on the continent.  In February 2012, Tullow went into a drilling location in Kenya like any other wildcatter, acting on gut feeling and shooting from the hip, bearing the risk of failure.

Tullow struck oil at a depth shallower than 1,200metres, less than mid-way to the planned 2,700metre depth, in Ngamia 1, in the Turkana County, one of seven sub basins outlined on the Kenyan/Ethiopian concession map.

That discovery conferred even more respect on a company that had benefitted from a carefully deployed publicity machine.

Kenya rolled out the carpet that Uganda didn’t for Tullow. And at some point, it was being suggested that it would take Final Investment Decision on the much smaller Kenyan cluster of fields (about 100,000BOPD at peak) earlier than it would take for Ugandan development (230,000BOPD) peak production.

But who was to know that everything would go downhill from here?

After a number of challenges in East Africa, including the decision by Uganda (prompted by French major TOTAL) to abandon the Kenya route, as well as a considerably drawn out negotiation concerning Tullow’s farm down on its assets in Uganda, Tullow’s shareholders were no longer seeing a clear line of sight to new, significant hydrocarbon production, the type of which happened in Ghana between 2010 (Jubilee) and 2016 (TEN). It portended something about a company that was atrophying, rather growing.

I am running out of space here. Tullow is out of Uganda and it has signaled it was leaving Kenya sooner than later. Production in Ghana will be flat, at best, for a few years and then will start plunging. There is no major new heartland for the company on the continent. Tullow has, in the past six months, ceased calling itself Africa’s Leading Independent. Its reports now bear the title An independent oil and gas company focused on Africa and South America.

This piece was originally published, for the benefit of paying subscribers, in the June 2020 edition of Africa Oil+Gas Report. Sometimes an essay like this is republished in the newsletter; but most times it’s not.

« In Uganda, The Winner Takes All
Nigerian Oil in a Post- Diezani Trauma »