Trust the South Africans to Throw Away the Opportunity 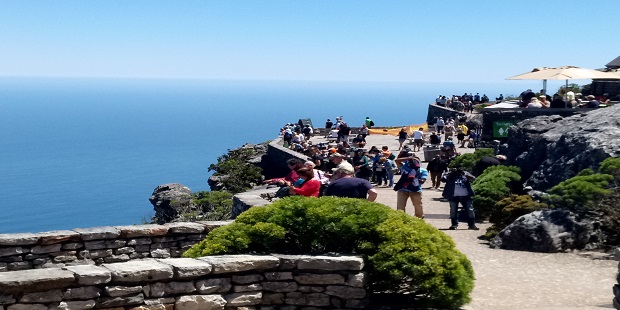 In 2015, PricewaterhouseCoopers PwC, the global advisory firm, declared that a large pool of respondents to its annual survey were concerned that South Africa’s policy makers did not understand the hydrocarbon industry.

I read the report with alarm. I responded with a sense of outrage.

Governments sometimes make the wrong calls, I argued in a column, in a monthly edition of Africa Oil+Gas Report, with the example of the UK Government’s tax regimes that led to massive disinvestment in the North Sea. “But you can’t dismiss an entire government as having no clue about an industry”, I declared.

At the time, I was impressed by Pretoria’s roll out of its Renewable Energy Independent Power Producer Procurement (REIPPP) programme which had, between 2012 and 2015, attracted billions of dollars of investment in over 5,000MW of renewables without a single cent coming from the treasury. The government was considering the same strategy for getting natural gas into the energy mix. If that worked, I enthused, it could alter the downward trajectory of Africa’s most industrialised economy.

But I’d spoken too soon. By mid-2016, the country’s widely applauded renewable energy programme had been thrown out the window. Just one statement by Brian Molefe, then the CEO of Eskom, South Africa’s be-all and end-all of energy issues, and the entire REIPPP had collapsed like a park of cards. He said that the projects were too expensive, and when Eskom factored what it would pay the producers into its cost of delivering power from the sun and wind into homes, electricity tariffs would balloon.  It turned out that Mr. Molefe’s statement wasn’t true in every material particular, but his remarks had shut down an entire industry. It would take the country a full four years to return to the renewables track, but significant opportunity had been lost.

Today, with the country gripped by excitement around significant discoveries of natural gas and condensates off its western coast by TOTAL, the French oil major, there’s a frenzied debate about whether government would speedily push, for passage, the draft Upstream Petroleum Resources Development Bill (Upstream Bill), released in December 2019.

It had always been assumed that, as an industrialised economy, South Africa has the absorptive capacity to monetise large discoveries of hydrocarbon at terribly short notice. In reality, South Africa is closer to what Mozambique was in 2010; a jurisdiction without a clue about how large sized, deepwater gas would be developed, than it is to Egypt in 2015; which took the discovery of 30Trillion cubic feet of gas in 2,000 metre water depth, to market by 2017. “One of the obstacles to open the economic potential of South Africa’s offshore operations is a lack of legislative certainty”, lawyers would tell you, “which has also been acknowledged as an investor deterrence:”

My experience, as an energy reporter watching the country’s attitude to procurement and utilization of hydrocarbon resources and allied energy industry, is that there’s no sense of urgency to create a coherent framework.

As I have written severally in Africa Oil+Gas Report, the absence of a framework for gas intake and utilisation is a core reason for the looming shutdown of the 200Million standard cubic feet of gas per day (200MMscf/d) state-run Gas to Liquid (GTL) plant which, at inception, was the largest such plant in the world. For 14 years now, as far as I know, government officials have expressed concern about the decline of gas feedstock for the Gas to Liquid plant, but all they do is flail their arms; no one has lifted a finger to do anything about alternative feedstock.

The absence of a coherent guidance on gas to industry is why Sasol’s importation of (currently about) 400Million standard cubic feet of gas a day does not come across as a leverage factor for what the country can do with gas.

In mid-2015, the government announced it was working on a Gas Utilisation Master Plan, GUMP, which analyses the potential and opportunity for the development of South Africa’s gas economy and sets out a plan of how this could be achieved. Key objectives were to enable the development of indigenous gas resources and to create the opportunity to stimulate the introduction of a portfolio of gas supply options. It’s been 68 months since the first announcement and the details of plan remains resolutely unfinalized.

The Upstream Petroleum Resources Development Bill (Upstream Bill), is the most current edition of a draft legislation that has stayed in parliament for over 10 years. Let’s remember how we got here:

Between the moment of the faceoff between Shell and the antifracking activists of the Karoo Basin in 2011 and the announcement of the GUMP in 2015, the Mineral and Petroleum Resources Development Act (MPRDA) returned to parliament for amendment. It stayed in debate mode, unpassed, for seven years, challenged, in part by Exploration and Production companies for harbouring certain clauses, one of which entitles the state to a 20% free carry in exploration and production rights and an ‘uncapped’ further participation clause allowing the state up to 80% at an agreed price or under a production sharing agreement. In the event, the executive arm of government decided to disaggregate oil and gas from mineral resources and present a different law in parliament that focuses strictly on hydrocarbons. That is how it became the Upstream Petroleum Resources Development Bill (Upstream Bill). Still, it has been talk talk talk.

There’s a bit of good news now, of course. The S.A. Government has enunciated a tactic, not a strategy for getting natural gas into the electricity fuel mix. In March 2021, energy minister Gwede Mantashe announced preferred bidders to provide emergency power to the country, which continues to face power outages. Of the eight bidders that  are allowed provide a total of 1,845 megawatts from various technologies to be connected to the grid by August 2022, three bidders will provide 1,220MW of power from LNG. This will be the first formal introduction of natural gas into the country’s energy mix and it is not coming from any broad-based strategy to bring in gas to “energise the economy”. Let me provide a quick context.

In October 2016, a preliminary information memorandum, outlining the scope of a LNG Gas-to-Power programme was released by the Independent Power Programme office IPPO for prospective and interested bidders. The programme planned up to 3,000MW of Capacity from the gas-fired power generation facilities. Its first phase, targeting 2,000MW, aimed to identify and select successful bidders and enable them to develop, finance, construct and operate a gas-fired power generation plant at each of the two ports: Nqurra and Richards Bay in the Eastern Cape and Kwazulu Natal provinces respectively. The successful bidder would be required to put in place the gas supply chain to fuel the plant with gas from imported LNG and would provide the anchor gas demand on which LNG import and regasification facilities can be established at the Ports, providing the basis for LNG import, storage and regasification facilities, available also for use by other parties for LNG import and gas utilisation. This project has been on the back burner in the last four years and it has stalled. This IPP plan is not to be confused with the emergency power announcement of March 2021.

Nor can we tie the emergency power announcement to the Integrated Resource Plan, or IRP, published in October 2019, which seeks to chart the means by which the country will manage and meet its electricity needs leading up to the year 2040. The plan provides insight into the state’s 20-year approach to SA’s energy mix IRP 2019 envisages, among other energy types, some 1000 MW of Gas To Power capacity being introduced into the South African grid by 2024, with a further 2 000 MW to be added by 2027.

If we consider all of these halting steps and indecisions, we get a sense that there is no blueprint in the horizon, to ensure: Gas to Industry (GTI) through new gas infrastructure to such industrial zones as Mossel Bay, Coega (South) West Coast to Saldanha/Cape Town, which can reduce energy costs for SA manufacturing; enhance expansion/modernisation of existing state owned GTL plant; roll-out of Compressed Natural Gas (CNG) fuelled transport; natural filling station network and repowering of truck and bus fleets, leading to balance of payments savings (reduced oil imports); gas to communities (GTC) which can allow huge benefits for rural/poor communities (e.g. reduced wood consumption, increased safety).

Policy paralysis around hydrocarbon resources, whether mined in country or imported, is at the heart of why a natural gas market hasn’t taken off properly in South Africa.

The political elite says all the right things all the time about what natural gas can do for the slumbering economic giant of Africa. But nothing actually gets done.

This piece was originally published in the December 2020 edition of Africa Oil+Gas Report. The March 2021 announcement that include LNGs for emergency South African power, is the only addition in this version.

« Despite the Climate, Nigerian Oil Industry Delivered on a Few Things in 2020