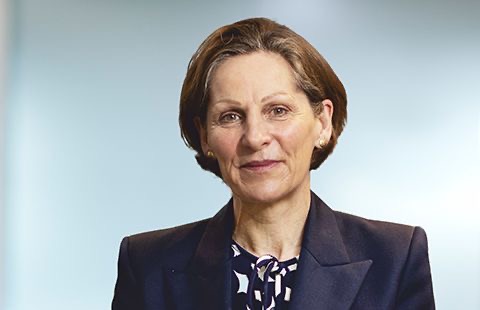 Tullow Oil plc announced, June 3, 2021, that Dorothy Thompson CBE, Non-Executive Chair, had decided to step down from the company’s board of directors.

She hadn’t spent three years on the seat; having joined the Tullow Board in April 2018 and become Chair in September of the same year.

So, was she eased out or did she leave on her own?

The former, more likely, although Tullow didn’t respond to our query.

At the time of her appointment, Tullow had noted that Ms. Thompson was bringing executive leadership to the table, as well as public company governance and leadership, investor relations, corporate finance, accounting and audit, business development, risk management, technology and innovation.

15 months into her tenure, in December 2019, the company experienced a headlong crash in stock price as a result of poorly managed perception around production challenges in its Ghanaian assets, the jewel in the Tullow crown.

Tullow Board, under Ms. Thompson, saw off the company’s Chief Executive and its ‘legendary’ exploration director, then turned to the shareholders, pleading that the company had failed the market, with hardly any upbeat tone in the messaging.

The statement made too much fuss of the gas offtake in Ghana, which is not one of Tullow’s main revenue earners; it expressed too much worry about Tullow’s debts, which had not yet reached unmanageable territory (no near-term debt maturities), and most crucially, it struggled to show that what had happened in the course of the second to third quarter operations were very minor slips in an otherwise smooth journey. Tullow’s story was far better than was painted in the December 9, 2019 statement.  Ms.Thompson had acted, at the time, like someone deeply uncomfortable with the day-to-day risks of the E&P game.

In the view of Africa Oil+Gas Report, the sharp crash in stock price came about as a result of an unnecessary own goal.

Admittedly, Ms. Thompson has done a lot of work in the last one year on strategy. Tullow is laser focused on Ghana now; it plans to invest $2Billion into operations in the country over the next 10 years, hoping to reach peak production of 275,000 Barrels of Oil Per Day (close to double current production) and 150Million standard cubic feet per day from the investment. But the mistakes of 2019 were so expensive and had rattled the company badly. They had also been ill timed: happening unfortunately just before the year of the great crash.

A search process to find a new Chair has been launched and is expected to conclude towards the end of the summer. Ms. Thompson will remain Chair of Tullow until the new Chair is appointed and an appropriate handover has taken place.