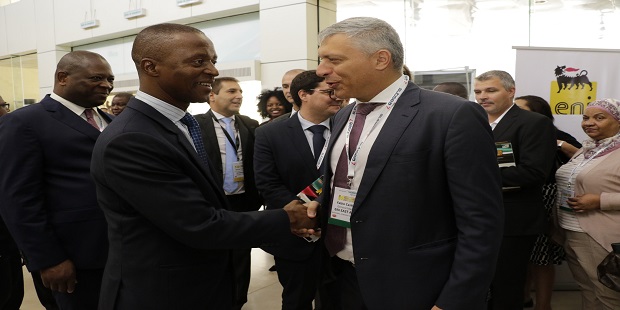 There is a clear line of sight for ENI operated Coral South Floating Liquefied Natural Gas (FLNG) to commence commercial production in 2022.

Coral South — which moved to final investment decision in 2017 — is based on the 16 Trillion cubic feet of resources in the Coral field in Area 4, offshore Mozambique.

But it is an entirely different project from the ExxonMobil led Rovuma LNG project, an onshore based 15MMTPA LNG facility which will monetise resources from the Mamba field in the same Area 4.

“This is the very first step, but a significant step, for Mozambique to join the LNG producing countries,” Tonela says.

In addition to the Coral South FLNG and Rovuma LNG (R-LNG) is the Mozambique LNG (M-LNG) project, a TOTALEnergies operated development which is 13MMTPA in scope.

Collectively, these three LNG projects add up to more than 30MMTPA of LNG production capacity under development, but they are evolving at varying speeds.

In late March, dozens of people were killed during attacks on the town of Palma, prompting TotalEnergies in April to declare force majeure on work at the M-LNG plant.

Tonela said the Coral South floating LNG vessel was due to arrive in the last two months of 2021 from a shipyard in South Korea. In 2016, ENI and its Area 4 partners signed an agreement with BP to take the entire volume of LNG to be produced by the project for over 20 years.

« Mozambique Gets Very Little of Rovuma Gas for Domestic Market
Cameroon Will Import 120,000MT of LPG in 2021 »