It’s Certain: A 450MW Gasfired Power Plant Will be Built in Temane, Mozambique 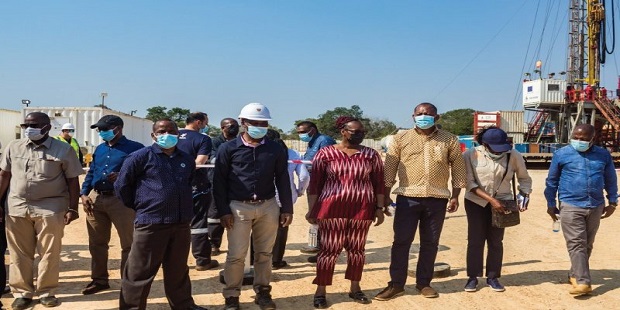 UK based power developer Globeleq has announced the Final Investment Decision on the proposed 450 MW gas-fired power plant to be sited in gas rich Temane, in Mozambique’s Inhabane district.

The plant, costing $652.3Million and scheduled for completion in 2024, will be debt financed by IFC, together with its Emerging Africa Infrastructure Fund ($253.5Million), US International Development Finance Corporation (DFC) (approximately providing $191.5Million) and the OPEC Fund for International Development (OPEC Fund) ($50Million). The Multilateral Investment Guarantee Agency (MIGA) has provided up to $251.3Million in political risk insurance to the private sector equity investors.

Located at Temane in Inhambane Province, the Central Termica de Temane (CTT) power project will supply power to the power utility Electricidade de Moçambique, E.P. (EDM) under a 25-year tolling agreement. CTT is expected to provide electricity to meet the demand of 1.5Million households and will contribute about 14% of the electricity supply capacity available to meet demand in Mozambique.

“CTT also anchors a new 563 km high-voltage transmission line (the Temane Transmission Project (TTP)) and secures the first phase of the interconnection of the southern grid to the central and northern grids of Mozambique”, Globeleq says in the release. “This will establish a corridor of electrification and ensure a more stable and secure grid and enable the connection of future renewable generation projects. The TTP is owned by EDM and will be funded using grant and concessional finance provided by the World Bank, Africa Development Bank, Islamic Development Bank, OPEC Fund and the Norwegian Government. Together, the entire value chain (gas development, gas fired power plant and transmission infrastructure) will see an investment of more than $2Billion”.

The British developer says the project “is aligned with the Paris Agreement and will support Mozambique’s longer-term sustainable energy transition to net-zero by 2050. CTT’s flexible technical and commercial configuration allows for a variable supply of baseload and dispatchable power and will deliver complementary power so that Mozambique can maximise renewable energy generation projects on its grid and pursue lower carbon energy development. In addition, the Siemens SGT-800 turbines chosen for the plant can be upgraded to handle high hydrogen content, further reducing the plant’s carbon impact”.

Linda Munyengeterwa, IFC’s Regional Industry Director for Infrastructure, Middle East & Africa, commented: “This is our third power investment in Mozambique, and we remain committed to supporting the sustainable development of the country’s electricity sector”, said

The project will be built by the Spanish contractor TSK, utilising Siemen’s gas turbine technology. “TSK has extensive experience in designing and constructing similarly sized combined-cycle power plants and will leverage their in-country construction experience during the 34-month construction period”, Globeleq explains. “CTT is expected to generate around 830 jobs during construction and 90 permanent jobs during operations. This excludes engineering and other work performed off-site. Mozambicans will be prioritized for jobs during both construction and operations. It is estimated that the project will support the creation of 14,000 indirect jobs and livelihoods when it becomes operational in 2024”.

CTT is expected to provide first power in 2024