All articles in the Refining Gap Section:


Dangote Refinery Will Be Subsidy Neutral 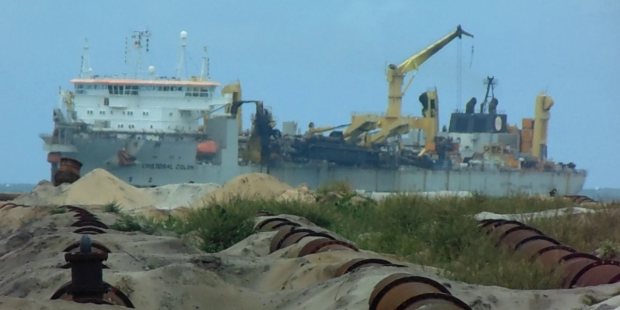 The 650,000BOPD Dangote Crude Oil Refinery, currently under construction, will sell its products to wholesale suppliers, not retailers, according to officials of the Dangote Industries. If the price of its gasoline is higher than the subsidized price, the buyers pay Dangote Refinery in full and then get the subsidy from government.

“We will be subsidy neutral”, officials explained on a recent tour of the 2,135 Hectare refinery grounds by Africa Oil+Gas Report.

Nigeria moved towards full deregulation of the downstream of its oil and gas industry in the week of May 9, 2016, with the government announcing the removal of subsidy on gasoline, but the country’s influential trade union, the Nigerian Labour Congress (NLC) has opposed the removal, threatening to shut down the economy if the action was not rescinded.

Dangote Industries expects to buy crude at international prices once the plant is commissioned, expectedly, in 2019. Devakumar Edwin, Group Executive Director of Dangote Industries Limited, who is overseeing the construction of the refinery, the 3MMTPA fertiliser plant and the Petrochemicals plant, all co-located in the 2,700Hectare land in the Lekki Free Trade Zone in the east of Lagos, said that the refinery will be able to supply the entire gasoline requirements of the country when it is fully operationalized. He acknowledges that there is no consensus on the volume of gasoline in demand, “but whatever it is  we will be able to supply it”


Dangote Races to Complete Refinery and Fertiliser Plants by 2018/2019 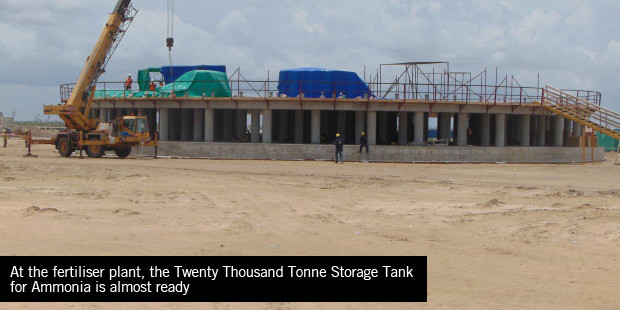 Devakumar Edwin, Group Executive Director of Dangote Industries Limited, says he expects the Mechanical completion of the 650,000 BPSD Dangote Refinery by end of 2018 and commissioning to happen by 2019. He is looking forward to commissioning the Three Million Tonne Per Annum (3MMTPA) Ammonia Fertiliser plant by 2018.

On a trip to the project site last weekend, Edwin showed journalists from two media companies: Africa Oil+Gas Report and CNN the stages of construction on both the 300Hectare fertiliser site, which is quite advanced and the 2,135Hectare refinery grounds, where sand filling and earthworks are going on. “This is the largest single train refining plant in the world”, he gushed about the refinery project.

Three Single Point Mooring (SPM) Bouys on the Atlantic Ocean, will bring in the crude, which will be delivered to the plant through a 20km pipeline. Edwin, a chartered engineer and Indian national vested with the responsibility of overseeing all the plants in the Dangote Group, said that the refinery was designed to utilise all African crudes.  “One option was to reduce ourselves to Nigerian crude”, he said. But the company decided to “build in flexibility to minimise the risks”.

Work on the Dangote Refinery project commenced on February 11, 2014, according to Henri Wijnen Riems, who is director of construction, project scheduling and monitoring. 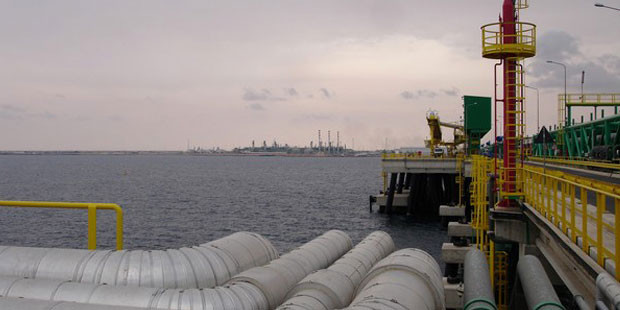 
Ghana Does Not Plan To Privatise its Only Refinery 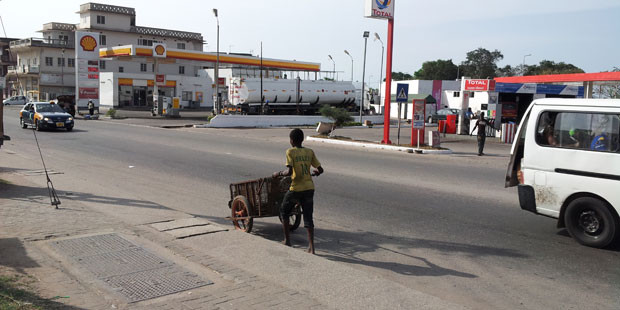 Ghana’s minister of energy says the country has not put its 45,000Barrels of Oil Per Day (BOPD) refinery on the auction block.
The Tema Oil Refinery (TOR) is currently under rehabilitation. END_OF_DOCUMENT_TOKEN_TO_BE_REPLACED 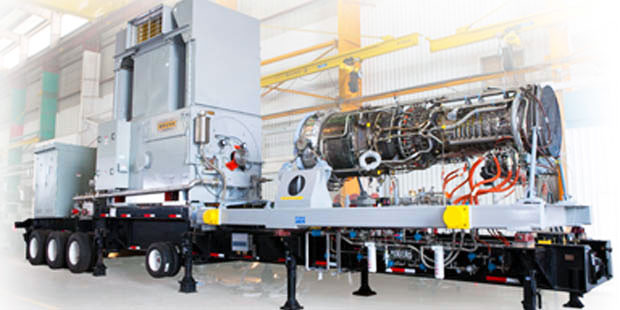 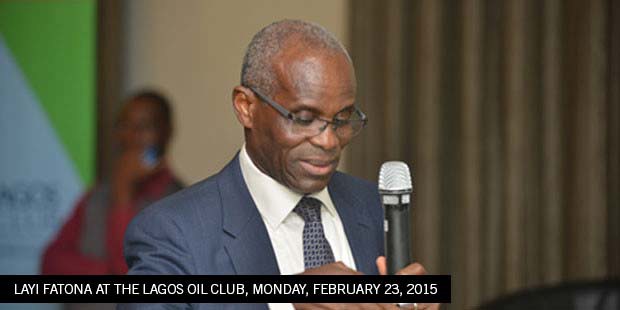 The Mini refinery located on the Ogbele marginal oil and gas field in eastern Nigeria has produced over 45 Million litres of diesel since it was commissioned in December 2011. END_OF_DOCUMENT_TOKEN_TO_BE_REPLACED 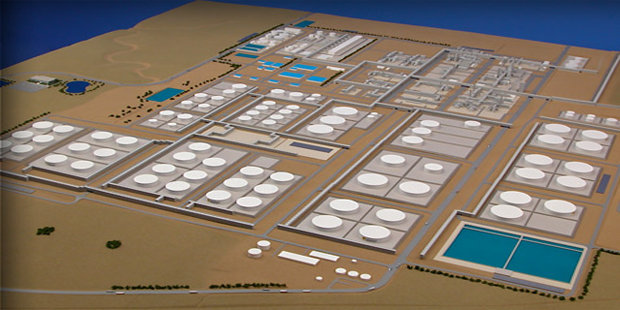 Angola now has a clear sight of the money with which it will build its much anticipated mid-sized refinery. Construction will begin on the site in 2015, according to Sonangol, the state hydrocarbon company and owner of the planned 200,000BOPD facility

The money will come from the Chinese, who decided to opt out of the partnership with Sonangol, the state hydrocarbon company, in the first place.

China Development Bank (CDB) has extended a $2 billion line of credit to Sonangol in a financing deal signed on December 12, 2014.

Seven years earlier, (in 2007) Sinopec, one of China’s top oil firms, walked out on the project over disagreement with Sonangol on equity to which it was going to be entitled to.

The 10-year loan agreement with CDB which opens prospects for other long-term financing, also will fund in part construction of Sonangol’s refinery in Lobito, a coastal city on the edge of the south Atlantic.

South African and Angolan led refinery projects have been on the drawing board for 10 years.

Project Mthombo and the Sonaref Refinery‚ two government-led refinery projects meant to collectively process 500,000Barrels of Crude Oil Per Day in Subsaharan Africa, are stalled. Project Mthombo is the South African PetroSA planned 300 000-barrel-aday refinery at Coega in the country’s eastern cape.  Sonaref is the Angolan Sonangol initiated 200,000BOPD project sited at the historic port town of Lobito, on the Angolan edge of the south Atlantic.

18 months after PetroSA signed a two-year framework deal with Chinese behemoth Sinopec, to advance the project ‚ no decision has been made to start construction.

Both Mthombo and Sonaref have been on the drawing board for close to 10 years now. They were both announced, with flourish, at the World Petroleum Congress in Johannesburg, South Africa, in September 2005. The South Africans told the elite delegates to the global petroleum assembly that, owing to an expected shortage in petroleum products around 2020, they were working on a transformational refinery planned to process about 400,000BOPD of crude.

On their part, the more self- assured Angolans said they had a list of investors who would partner them in funding the refinery that would cure the high import of petroleum products in a country with high crude oil production.

But in 2007, Sonangol’s initial partner, Sinopec, walked out of the project. In 2009, Sonangol went ahead and contracted the Field studies to American engineering firm KBR. Sonangol hired Standard Chartered Bank as financial consultant for the project in December 2013.

Meanwhile, in April 2013‚ the same Sinopec, which had walked out of Angola, signed a framework agreement with PetroSA to advance the business plan. PetroSA said it was developing the Mthombo project with Sinopec as anchor partner and the Industrial Development Corporation as funding partner.

…the only continent where residual fuel oil demand will not decline

Demand for refined products in Africa is projected to remain relatively strong over the next 25 years, at 1.7% per annum, on average, according to a recent report by the Organisation of Petroleum Exporting Countries (OPEC). END_OF_DOCUMENT_TOKEN_TO_BE_REPLACED 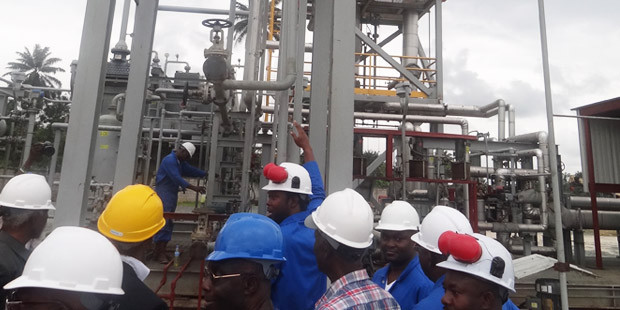 The occasion was marked by a small celebration at the facility, located  40km north east of Port Harcourt, in Rivers state in the eastern Niger Delta Basin. END_OF_DOCUMENT_TOKEN_TO_BE_REPLACED