Kachikwu To Open A $0.6MM Geoscience Building in Nsukka 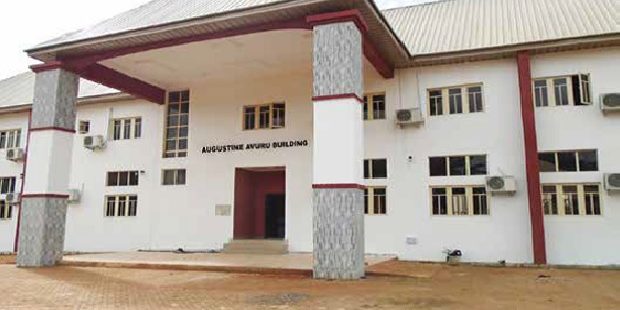 By Foluso Ogunsan, in Lagos

Nigeria’s minister of state for Petroleum Resources, Ibe Kachikwu, is the Special Guest at the opening of a new Geoscience Building at the University of Nigeria UNN, in Nsukka, in the east of the country, on Wednesday June 28, 2017.

The building was constructed over a period of two years at a cost of 190Million Naira (0.6Million Dollars), by Platform Petroleum Limited, an independent Nigerian E&P company which operates the 3,000BOPD Egbeoma Oil Field in the western Niger Delta.

Platform is donating the new building to the university in honour of Austin Avuru, the company’s founder and animating spirit, who was also its first Chief Executive. Avuru is currently the Chief Executive of Seplat, a London listed E&P firm created as an incorporated joint venture between Platform and Shebah, another Nigerian independent.

Kachikwu, who is a first class law degree holder from UNN, is expected to be joined at the ceremony by Edmund M. Daukoru, a former Minister of State for Petroleum Resources and the founding Chairman of Platform’s board of directors, as well as Dumo Lulu-Briggs, the company’s incumbent chairman as well as Sylvester Adegoke, a professor of geology who is also a former chairman of Platform. Other distinguished guests named for the ceremony’s “high table”, as it is called in Nigeria, include ABC Orjiako, chairman of SEPLAT, Bolaji Ogundare, Managing Director of Newcross Petroleum, which is a 40% joint venture partner with Platform on the Egbeoma field as well as the University’s Vice Chancellor, who is the chief host and chief executives of other oil companies.

Platform Petroleum’s spokespersons say that the facility, which is christened Austin Avuru Building, “is the first CSR intervention by Platform Petroleum Limited outside of its operation site and host communities around the Egbeoma oil field in Delta State, and it came out of the desire of the company to support Mr. Avuru’s desire to reduce the huge infrastructural deficit at his alma mater.”

The new building is much bigger than the old dilapidated departmental building and will provide office space for lecturers as well as laboratories and lecture halls for students.

This piece has been updated from the original story, which had 1,800BOPD as Platform’s production. Platform says it has increased output to 3,000BOPD in the last one month.