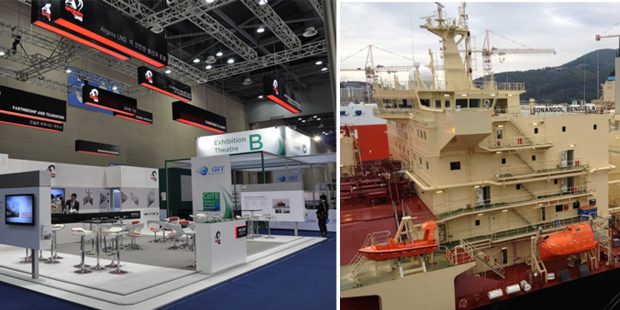 By Sully Manope, in Soyo

Angola’s LNG plant has dropped in production as a result of reduced amount of natural gas that come from the crude oil platforms that supply it.

It sounds intriguing, but the plant relies entirely on associated gas: natural gas which cohabits in the same reservoirs as crude oil.

ALNG’s production capacity is 5.2 Million Tonnes Per Annum (5.2MMTPA). The train can process up to 1.1 billion cubic feet of natural gas per day,

Diamantino Azevedo, Angolan Minister of Mineral Resources and Oil is quoted by Angolan state news agency Angop, as saying that additional investments are needed in drilling more oil wells in the country, in order to increase the natural gas that is channelled to ALNG plant “to reach the installed production capacity.” The minister reportedly added: “This is a challenge that Angola LNG and the country have to take on, in order to achieve capacity and maintain project stability over a long period of time”.

The immediate challenge to Mr. Azevedo’s wish is the immediate status of Angolan rig count. Angolan rig activity figures had crashed from robust 22 in September 2015 to 4 in August 2018, according to the August /September 2018 edition of the monthly Africa Oil+Gas Report.

Angolan LNG has had its fair share of challenges since it came on line in 2013. Barely a year after commissioning, it faced an extended plant shutdown of more than two years from April 2014 to June 2016 to fix a number of design issues that caused an incident on 10 April 2014

That situation led Chevron, the operator, to create an internal project management system to better track contractors and subcontractors on major projects. Chevron is the largest stakeholder in the facility, holding a 36.4% interest, with partners that include Sonangol, 22.8%, and BP,  ENI and TOTAL, with 13.6% each.