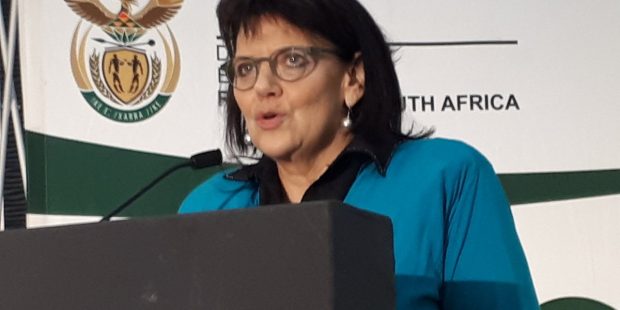 The country’s energy sector is prone to haemorrhaging talent

Karen Breytenbach has been asked to vacate her position by South Africa’s Department of Energy (DoE) and the Development Bank of Southern Africa (DBSA).

The 62 year old head of her country’s influential Independent Power Producer (IPP) Office had been on the job for more than eight years, but when her last contract expired in February, she was initially reappointed until the end of March and then until April 2020, so her receiving a letter on Monday July 22 indicating that she was no longer the head of the parastatal, was instructive, local media say. “She said no reason was given as to why she was being asked to leave”, Engineering News, an insightful business platform, reported. The medium also claimed that prior to her sacking, Ms. Breytenbach’s salary had been unpaid for five months.

Breytenbach’s exit from a parastatal in the troubled DoE conforms to a pattern.

South Africa’s energy sector has been haemorrhaging talent since the historic rolling blackouts of 2008, which led to a spat between Bobby Godsell, (then) chairman of the power utility Eskom and Jacob Maruga, its CEO. Maruga resigned and Godsell did. In the 11 years since, Eskom has had over six Chief Executives.

South Africa’s state hydrocarbon company, PetroSA has been run by an acting CEO for the last three years. The CEO of its parent company Central Energy Fund, the major parastatal in the DoE, was fired last March. There have been many resignations in the sector, most of which have had to do with alleged graft and underperformance.

In this muddied, chaotic environment, Breytenbach has created an oasis of excellence. Anton Eberhard, one of the country’s leading energy scholars and emeritus professor at the University of Cape Town’s Graduate School of Business, tweeted that Breytenbach has overseen $16 Billion investment in 112 renewable-energy projects with “zero corruption”, since 2011.

Breytenbach is highly regarded in the global energy patch, largely because of her superintending the development and roll-out of South Africa’s Renewable Energy Independent Power Producer Procurement Programme, considered one of the best renewables competitive bidding programmes internationally.

The government of South Africa has recently admitted that the Energy Sector is the biggest drag on the economy of Africa’s most industrialised country. With this sacking, they are just reinforcing their own misgivings.