With a Surging Domestic Gas Market, Ghana Defies the Sceptics 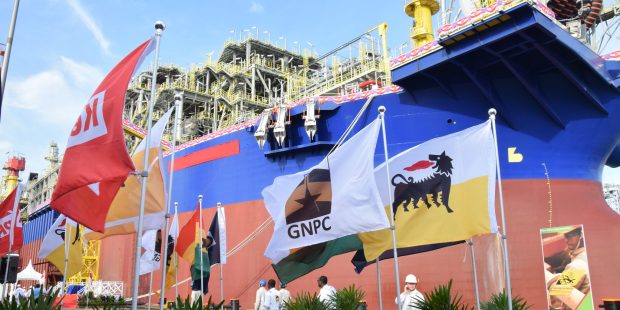 In 2018, it wasn’t so clear if Ghana could absorb, by 2020, the entire peak gas supply (180MMscf/d) prognosed to come from the (then) newly commissioned Sankofa field, operated by ENI.

But 165MMscf/d of Sankofa field production is already accounted for in the 2020 consumption, with Nigerian gas (coming from the West Africa Gas Pipeline) delivering over 65MMsf/d, in 2020, a figure that is still short of the contracted 123MMscf/d but is at least growing. Gas from Tullow Oil operated Jubilee field and TEN clusters of fields accounted for the rest:  around 85MMscf/d.

“Gas demand in Ghana will be driven by the rise in electricity generation”, says Mike Fulwood, a senior research fellow at the Oxford Institute for Energy Studies (OEIS). “Based on a 45% increase by 2026, this would see a rise in gas demand from the 2020 level” of around 310MMscf/d to some 455MMsf/d. Fullwood says that the power plants in the Takoradi area (in Ghana’s western region) operated at a higher utilization rate in 2020 than those in the Tema area (a port town close to Accra in the east), at around 52% to 41% – for those plants fully operational. “Some of the older plants in the Takoradi area have had operational issues but the newer ones, including the Karpowership, are operating at high utilization rates and are very much baseload plants. “Over time we assume that the utilization of the Takoradi plants rises to some 60% but that any new power generation capacity is added at Tema”, Mr. Fulwood reports.

Still, while Ghana’s gas consumption is expected to keep increasing as electricity production and consumption increases, Fulwood doesn’t see the economic value in the country’s plan to import Liquefied Natural Gas (LNG). The LNG Terminal facility, already sited at Tema, received its floating regasification unit (FRU), built by Jiangnan Shipbuilding, in January 2021. The LNG FRU is designed for a regasification capacity of around 1.7Million Tonnes Per Annum (1.7MMTPA)tpa and is contracted to operate for approximately 20 years. The FRU will work in conjunction with a dedicated storage vessel (FSU), which is the newbuild 180,000cubic metres Vasant 1, and arrived at Tema port on May 26, 2021, having delivered just one cargo from Darwin in Australia to Yung An in Taiwan in February. The Vasant 1 is on a charter until July 1, 2022, and will then be replaced with an alternative FSU.

Fulwood cautions: “Ghana’s desire to import LNG is very different from other countries who are recent new LNG importers such as Malta, Gibraltar, and Myanmar. All these countries have dedicated power plants linked to the LNG imports so LNG is baseload and the economics can make sense. For Ghana, it is more diversity of supply, which is not a bad thing but can be expensive. The Vasant 1 FSU is on a charter until July 2022, reportedly at a charter rate in the low $20,000 a day– significantly below current market levels, especially given it is a new-build vessel. It is understood the lower rate is linked to the vessel’s speed limitation of 12 knots, making it less attractive on the standard market. The FRU also has to be paid for or chartered and if that was at a similar rate then a total of $50,000 a day would amount to some $18Million/year. Around 6 cargoes/year are needed to get the cost/MMBTU down to $1, which is reasonably cost-effective. At 2 cargoes/year, the effective cost is over $3/MMBTU, which is starting to make LNG look very expensive, once the commodity cost of LNG is included – currently $9 or $10 – and whatever costs are charged for the upgraded port facilities and the pipeline connections to the power plants”.