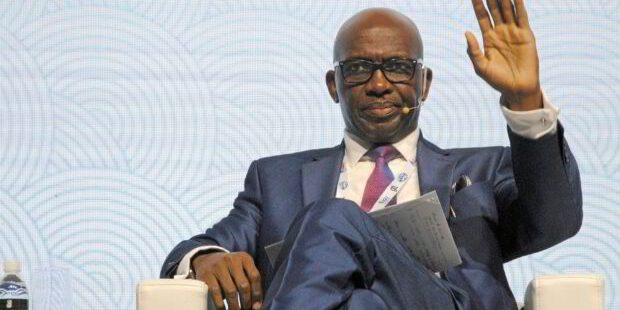 Tony Attah leaves the Nigeria Liquefied Natural Gas Ltd at the end of August 2021, close to two years after having delivered on the most crucial item on his to-do list; leading the company to a Final Investment Decision (FID) on the seventh LNG Plant (Train).

He is handing over the reins of the Chief Executive Officer job to Phillip Mshelbila, the former GM Gas at Shell Nigeria, who is currently rounding up a cross posting and experience broadening term as Managing Director of the Atlantic LNG Company of Trinidad and Tobago.

Attah, a mechanical engineer by training, who was previously Managing Director of Shell Nigeria Exploration Producing Company SNEPCo, is the only CEO from an IOC background, working in Nigeria, who has delivered a project of that magnitude in the country last five years. The cost of Train 7 is around $10Billion. Attah is, first and last, a Shell employee, who was seconded to the AngloDutch major’s third largest Liquefication Plant in the world. (Shell’s 26.5% equity in NLNG Ltd, translated to an entitlement of 5.3MMTPA from the company in 2020, which in turn meant 15% of Shell’s total 35.6MMTPA for the year).

Tony Attah took the reins of NLNG Ltd, nine years after the last Liquefaction Plant (Train 6) came on stream. Before him, two Chef Executives had worked to get Train 7 project off the ground, with some traction, but not visible success.

There were issues to do with the several options before the NNPC, the government’s 49% investor in the project. As of 2008, the cash strapped state hydrocarbon company was considering investments in two other LNG projects: the 5MMTPA Brass LNG and the 10MMTPA Olokola NLNG. By 2012, the government was zeroing in on Brass LNG, while NLNG’s Train 7 had quietly rolled off the burner. In 2015, a new government, formed by a new political party, came to power and looked far more favourably at Train 7.

“I have just received the key, that key will unlock Train-7. Train-7 will be real,” Attah said at the formal hand-over ceremony between him and his predecessor, Babs Omotowa, in September 2016. It was a loud affirmation, expressed, not in the closed, if cozy, confines of the boardroom, but in the public space.

Still the project had to be financed, even if the government was keen. “NNPC is on the average about 57% of the JV upstream”, Attah told Africa Oil+Gas Report’s Kish Onwunali in the NLNG Ltd’s office in Abuja, in September 2018. And as all the major gas supply partners (Shell, TOTALEnergies, and ENI) were junior partners to NNPC upstream, “the funding challenges were really around the equity funding of the NNPC element because the IOCs are responding”, he said. “In order not to allow anything stop us, we have come up with a framework to work with the government to look at possibilities that would include perhaps, a forward sale payment and go into agreement with government to just be sure that the supply is properly financed. And I think we are not far off. We recently signed an MOU with NNPC on funding but overall, the project itself will have to be financed and the NLNG Ltd side of it is never the issue because that will rise on our balance sheet”.

A year and six months after FID, Attah superintends the kickstart of construction of the largest midstream hydrocarbon project in West Africa and a month later, the board of NLNG announces his exit. It’s the stuff of a dream.