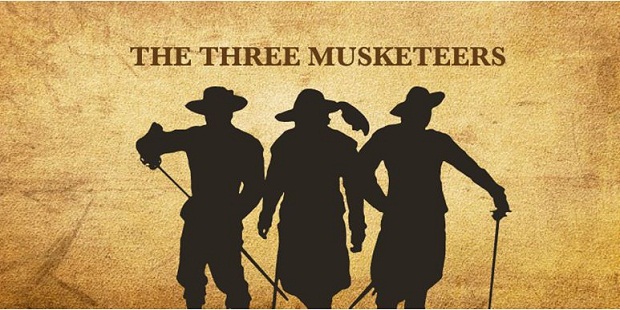 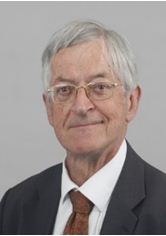 There is growing evidence of a new convergence between Musketeer 1 Oilfield Services  and Musketeer 2 New Energy Service Companies.

Perhaps not so much convergence but cross-overs and falling by the wayside of others and in the process creating new alliances.

Little attention has been paid to Musketeer 3- Energy  Service Companies Africa- perhaps viewed as the junior musketeer, but nonetheless playing a significant role.

Peak Oil and What to Anticipate From the Majors

The COVID-19 pandemic, according to the company, has accelerated the global peak demand for oil to 2028, instead of 2030 and cut peak oil demand to 102Million Barrels Per Day. This corresponds with BP’s peak oil analysis of 2025 and demand of 100MMBOPD.

There is also little evidence from the oil and gas majors to indicate that there will be a quick recovery. In 2021 the sector’s growth in Africa will be halting and slow:

ExxonMobil: Deepwater Offshore Guyana,  Rovuma LNG Mozambique are the company’s key challenges. Expect little else and no plans on renewables.

Chevron: Only $1.5Billion dedicated to possibly Angola, Equitorial Guinea and Nigeria. Attention is focused on Tengiz, Kazakhstan which is receiving 75% of Chevron’s budget outside the USA. Only fossil-based investments.

Equinor: Attention is largely  being devoted to expanding its offshore windpark capacity, all outside Africa.

ENI: With its large African footprint in Angola, Nigeria and Egypt the company is in prime position to expand its African operations. Green energy plans are being made.

Shell: reducing its oil and gas assets to 9 key hubs which includes Nigeria. Green shoots on the horizon.

TOTAL: its Brulpadda and Liuperd (Leopard) prospects in South Africa, together with its Mozambique LNG project will be the focal points in 2021. Little room for further plans. Green plans play a strategic role.

BP: intends to reduce its oil production by 40% .How will this affect the Greater Tortue Ahmeyim  development in Mauritania and Senegal, its Algerian, Angolan and  Egyptian assets? The first green plans are being unveiled.

Global demand for oilfield services (OFS), measured in the total value of exploration and production (E&P) company spending, has in 2020 dropped a massive 25% as a result of the Covid-19 caused oil demand destruction, According to Rystad.

“The recovery will accelerate further in 2022 and 2023, with OFS spending by E&Ps reaching some $552Billion and $620Billion, respectively. Despite the boost, purchases will not return to the pre-COVID-19 levels of $639Billion achieved in 2019.”

Audun Martinsen, Rystad Energy’s Head of Energy Research, argues that the comeback will not be visible across all OFS segments. Well services and the pressure pumping market will be the first to see a boost, while other markets will need to get further depressed before recovering.

“Despite the recovery in oil prices, it will take many quarters before all segments of the supply chain see their revenues deliver consistent growth. In case of an upturn, operators would prefer flexible budget items with production increments and high-return investments with short pay-back times. Therefore, we expect well service segments to be the first to recover, while long-lead segments will pick up much later.“

The Players- BakerHughes, Halliburton and Schlumberger

Baker Hughes, Halliburton and Schlumberger, the traditional giants of the service providers, have experienced a long trek through the wilderness. Is relief on the way? A mixed bag.

81,000 jobs have been lost since November 2019, to go by the report of the Petroleum Equipment and Services Association  (PESA).  In a recent forum PESA President Leslie Beyer stated: “The majors are making carbon reduction and setting net zero goals. Then they’re turning to their OFS sector partners and saying, ‘How are you going to help us get there?’”.  How indeed!

The strategies of both Halliburton and Schlumberger are defensive and show little reason for optimism:

Halliburton on its website talks about further digalization of its services, lower capital intensity and being committed to provide technologies that reduce emissions/environmental footprint.

Within the confines of the E&P bubble both major service companies continue on with what they anticipate what the IOCs (International Oil Companies) are dictating: belt tightening, a reduced head count, with the hope for a better tomorrow. Simply re-shuffling the deck chairs on the Titanic.

The one exception is Baker Hughes who has recently unveiled a forward looking strategy focused on CCS (Carbon Capture Storage), Hydrogen, and Energy Storage. Key themes for the Energy Transition.

Hans Hagelberg, Bassoe Offshore, has estimated that in the last 12 months the offshore rig fleet has lost almost 42%, or $30Billion of its total value. A large portion of the global fleet is now cold stacked. Of the 103 cold stacked, 94 have been stacked for 12 months or longer.

West Africa has been one of the hardest hit areas in 2020, according to IHS Markit: the region saw 11 contract cancellations from March to July 2020, the most of any area. Most of those cancellations were associated with jackups.

Dayrates for drillships in West Africa are currently between $150,000 and $200,000 per day, while jackups currently sit between $70,000 and $90,000. Looking to 2021, Teresa Wilkie, Offshore Rig Market Analyst, Bassoe,  rig utilization in West Africa is likely to stay flat, unless there is a marked increase in oil demand. With rig oversupply set to continue in the region, she expects dayrates to remain at the same level in 2021; further reductions are unlikely as the current rates are around operating cost level.

Marine contractors have not been sitting idle. They are demonstrating adaptation and innovation.

Arnaud Pieton, President and CEO of Technip Energies, says that the company is well placed to produce green hydrogen, given  that some  270 plants worldwide have their origin with TechnipFMC.  A strategic alliance with McPhy, a builder of electrolyzers, is expected to help enhance the production of green hydrogen.

Heerema, which had its own enormous fabrication yard in Angola,  recently announced that it shut down operations citing poor  market conditions and sustained low oil price.  Instead the company is investing in the Offshore Wind Sector.

Heerema Marine Contractors recently signed a contract  to support the construction of the Changhua Windfarm Phase 1 project, Offshore Taiwan. Heerema will take on the installation of 21 jacket foundations (4 legged) for the Changhua project.

In 2019 Cummins purchased Hydrogenics, a leader in hydrogen technology. This accelerated Cummins’ ability to further innovate and scale hydrogen fuel cell technologies across a range of commercial markets.

Musketeer 3 has huge challenges if Africa is to be lit up by 2025. The African Development Bank envisages:

There is a strong need to enhance the capability of Musketeer 3- Energy Service Companies Africa- to build coalitions across the sector and the region,  including the oil and gas and the renewable sector.

The increased speed of the Energy Transition is not necessarily good news for Africa. The greening of Europe by the  majors could  mean reducing oil and  gas activities in Africa.

Why? Simply because the oil and gas majors are choosing  low carbon prospects and natural gas projects on a massive scale  leaving many potential prospects in doubt. Other smaller oil and gas projects will not be treated so kindly.

How will oil and gas prospects in Africa be judged? Do the various governments have the management skills to properly assess their energy scenarios?

Do they have the technical knowledge, capability and expertise to manage and implement oil and gas projects?

Then there is the matter of developing national service companies which have the technical capacity and knowledge to implement projects.